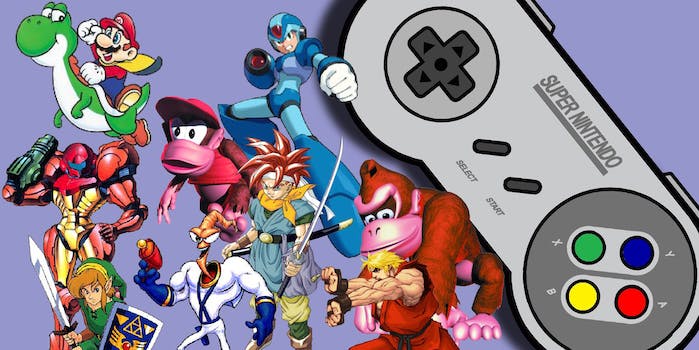 Unfortunately, Nintendo actually isn't embracing Fair Use of its copyright.

Nintendo briefly excited fans today when it appeared that the video game giant had sanctioned derivative works of its games, which would been huge news for fans long barred from using Nintendo clips in Let’s Play videos, tutorials, and other fun examples of remix culture on the Internet.

Alas, the company was actually announcing something much more commercial: It will be participating in a revenue tie-in program, similar to that of Kindle Worlds, which compensates fans for things they create under the company’s auspices.

Nintendo is partnering with media company Dwango for a “Creative Endorsement Program,” part of an upcoming “Game Party Japan” festival happening at the end of January. Fans who want to participate have to upload their videos to popular Japanese streaming site Niconico.

While that may sound cool, there are some obvious barriers to entry. For starters, only videos, song covers, and other fanworks uploaded to Niconico are eligible for the program, so anyone who writes a Koopa Troopa/Donkey Kong fic is out of luck. Since Niconico is a Japanese website, English-speaking fans probably won’t be as likely to participate. And, of course, there’s the fact that Nintendo most likely owns the copyright on whatever its fans create. Fans will in essence be auditioning for Nintendo, creating work for hire in the event that they are spotlighted and chosen for the program.

Nintendo’s relationship with remix culture has long been rocky. As anyone who’s ever tried to use a clip from Zelda or Super Mario Bros. in one of their YouTube videos can tell you, the company is quick to issue Digital Millennium Copyright Act (DMCA) complaints, despite the fact that remixes usually fall under the Fair Use doctrine in U.S. copyright law.

Recently, Nintendo has tried loosening its stance on how fans can use its material, but even that attempt has been contentious. In May 2013, Nintendo attempted to crack down on fair use of its copyrighted clips in Let’s Play videos by inserting advertising into YouTube videos with Nintendo footage, giving the company, not the Let’s Play-er, all the revenue from those videos. Shortly afterward, it backed off, after many YouTubers blamed Nintendo for depriving them of income.

This year, Nintendo returned to the YouTube/Let’s Play subject by creating an affiliate program for Let’s Play-ers that allowed them to split the revenue from such videos between Nintendo and themselves.

That’s good news for Let’s Play-ers and other YouTubers, because it means Nintendo is backing away from a more censurious stance on remixes and other fair-use commentary. However, the program still gives Nintendo control over those fanworks. If that sounds exploitative, there’s a reason: similar criticisms have long been levvied against Amazon for enabling corporate franchises to take advantage of fan-created content on Kindle Worlds. Affiliate networks on YouTube have long been controversial in the gaming community: In 2012, a prominent YouTuber left the Machinima network, citing its stranglehold over his content.

Still, Nintendo is clearly evolving toward negotiating shared space with the Internet’s remixers and fan creators. It’s an attitude other behemoth rights holders would do well to consider. If Nintendo’s plans to embrace fanworks go well, perhaps other beloved franchises will follow its example.

After all, when one of your officially sanctioned works is Super Mario Bros.: The Movie, how much damage can the Internet really do?