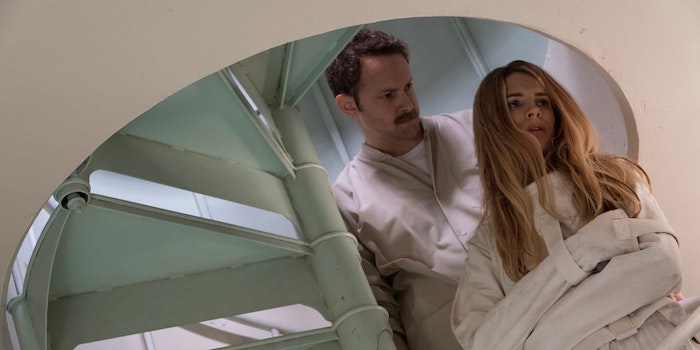 It looks like the end of the line for the fan campaign to revive the cult series.

Nearly a month after Netflix canceled it, efforts to bring back The OA finally appear to be dead in the water.

According to a new report from Variety, The OA creators Brit Marling and Zal Batmanglij had talked to Netflix about making a final film to wrap up the series. It wouldn’t be completely unheard of, given that Netflix gave Sense8, a fellow sci-fi Netflix cult series, its own wrap-up movie after the show’s cancellation sparked a fan campaign.

But talks of a wrap-up movie for The OA—which originally had a five-season plan—have now ended after it was determined that giving The OA a two-hour movie to end the series wouldn’t have been enough, and The OA’s actors are no longer attached to the series.

Unlike other canceled series like One Day at a Time, which was produced by Sony and later picked up by Pop TV, The OA is produced by Netflix, so a rival network can’t pick up the series and revive it for itself.

It appears to be the end of the line for OA fans, who’ve led a passionate campaign for weeks to convince Netflix to reverse its decision to cancel the series, one of several created by women to have gotten the ax in the past several months. They coordinated hashtags on social media and floated theories about how the cancellation was part of the show’s premise, filmed themselves performing “movements” from the show, and showed up at Netflix’s headquarters to protest the cancellation—with one woman starting a hunger strike. Throughout the push by fans, they argued just how vital the show was to them and how it changed their lives.

But even before reports that The OA’s latest effort for a reprieve fell through, Marling expressed her gratitude for the outpouring of support the show has received since it was canceled, telling fans that while she, Batmanglij, and the characters aren’t telling the story of The OA anymore, the fans still are.

“Many of you have expressed your gratitude for this story and for Zal and I and everyone who worked on The OA,” Marling wrote in a lengthy post shared on Instagram last week. “But it is all of us who are grateful to you. You’ve broken the mold of storytelling. You’re building something far more beautiful than we did because it’s in real time in real life with real people.”