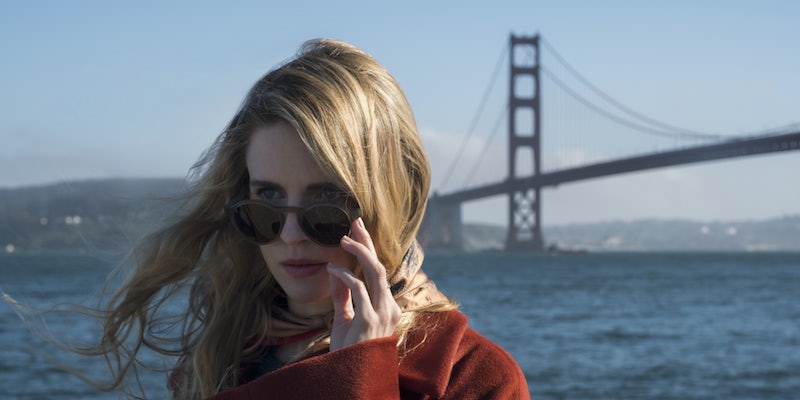 Netflix cancels ‘The OA’—and the creators are ‘deeply sad’

The OA, a dreamy series that artfully incorporated elements of science fiction and fantasy in a story about multiple dimensions, was canceled by Netflix on Monday after only two seasons. The series joins a growing list of canceled original shows that ran for three seasons or less on the streaming service giant, despite interest from fans. Other good shows that got the ax this year include the animated Tuca & Bertie and the zombie comedy Santa Clarita Diet.

Created by Brit Marling and Zal Batmanglij, The OA was a unique, weird, and thought-provoking show. It was unlike anything I’d ever seen before. I think about it all the time, and I constantly recommend it to people. In the series, Marling plays Prairie Johnson/The OA, a blind woman who regains her sight after a near-death experience. Jason Isaacs plays Hunter Aloysius “Hap” Percy, a scientist who kidnapped Prairie and others in an attempt to figure out the mystery of the afterlife. The second season took place in a different dimension.

“Zal and I are deeply sad not to finish this story,” she wrote. “The first time I heard the news I had a good cry. So did one of our executives at Netflix who has been with us since the early days… It’s been an intense journey for everyone who worked on and cared about this story.”

“While we cannot finish this story, I can promise you we can tell others,” Marling said in the post. “I haven’t figured out any other effective coping mechanism for being alive in the Anthropocene. And, maybe, in some ways, it’s okay to not conclude these characters.”

Marling also commented on what it was like being a woman writing and starring in a sci-fi story.

“It’s hard to be inspired to write stories about the ‘real’ world when you have never felt free in it,” she wrote. “As a woman writing characters for myself and other women, it has often felt to me as if the paved roads for travel in narrative are limited. Perhaps one day I will be evolved enough as a writer to pave my own roads in ‘reality’ (Elena Ferrante!), but to date I have often felt stymied.”

In a statement given to the Hollywood Reporter, Cindy Holland, head of originals at Netflix, said, “We are incredibly proud of the 16 mesmerizing chapters of The OA, and are grateful to Brit and Zal for sharing their audacious vision and for realizing it through their incredible artistry. We look forward to working with them again in the future, in this and perhaps many other dimensions.”

It’s unclear why The OA was canceled, but it’s likely due to viewership numbers. The series was well-reviewed by critics and had a dedicated fanbase. Netflix doesn’t usually release viewership numbers, so we don’t know for sure. But it’s a disappointing pattern: viewers get hooked on a weird or unique show, and Netflix kills it before it can fully develop its story. Instead, the streaming service greenlights sequels for unimaginative originals like teen comedy The Kissing Booth.

The OA was something truly different. It’s a big loss for Netflix.