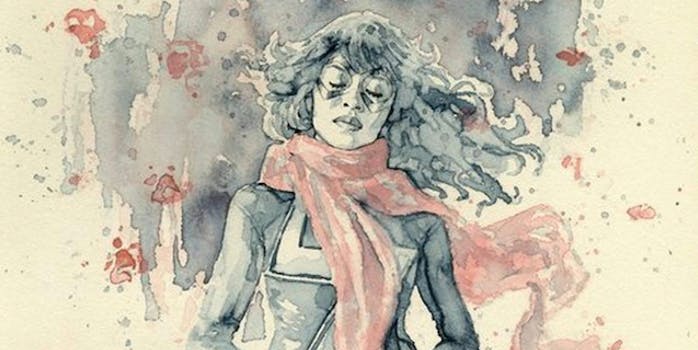 ‘Ms. Marvel’ gets a new, award-winning writer in Saladin Ahmed

Award-winning writer Saladin Ahmed is taking over Ms. Marvel. March 2019 will see the release of The Magnificent Ms. Marvel, written by Ahmed—writer of Miles Morales: Spiderman—and illustrated by Minkyu Jung. Ahmed will replace G. Willow Wilson, the original writer and co-creator of the series.

The Ms. Marvel series took off when it was released in 2014. The story of a teenage Pakistani-American superheroine living in Jersey City spoke to people who were looking for their heroes to reflect the world around them. Kamala Khan was the first Muslim superhero to headline a series, and the release faced its fair share of polarized reactions.

The years since its release have seen the series do quite well. Khan’s shapeshifting abilities and youthful idealism are the perfect superhero blend.

Marvel wholeheartedly embraced her unique allure, allowing the balance of her home life—family, religion, and relationships included—with her superhero identity.

In an interview with Marvel.com, Ahmed called Miles and Kamala “modern avatars of classic Marvel heroism,” further saying that “together Miles and Kamala are sort of the face of the new Marvel generation.” These characters and others finally provide heroes that reflect America and all of the colors, religions, genders, and sexual identities that make the up our country.

Younger heroes also tackle a different set of everyday problems than their more mature counterparts. Balancing school and superhero life, hiding secrets from parents and friends, and finding that perfect blend of innocence and responsibility are all part of the teenage hero allure. “I think teenagers—standing as they do between childhood and adulthood—have a unique insight that comes from being part of both worlds,” Ahmed said.

Speaking of teenage heroes, Miles and Kamala have crossed paths before. When asked about potential team-ups, Ahmed was cagey. He did say “writing these sort of adjacent books is a unique opportunity and I’d be a fool not to take advantage of the opportunity.”

Ms. Marvel will tackle a whole host of struggles, both familiar and brand-new, in the new series, according to Ahmed. A slightly darker storyline—and art—will reflect changes in Kamala’s life. “As far as those superheroics go, Kamala will continue to protect Jersey City from street-level threats that speak to our times,” Ahmed said.

“But Ms. Marvel’s world will also grow in a big way in this series—and her adventures will take her not only across the globe, but to the stars.”

Read the entire interview at Marvel.com.