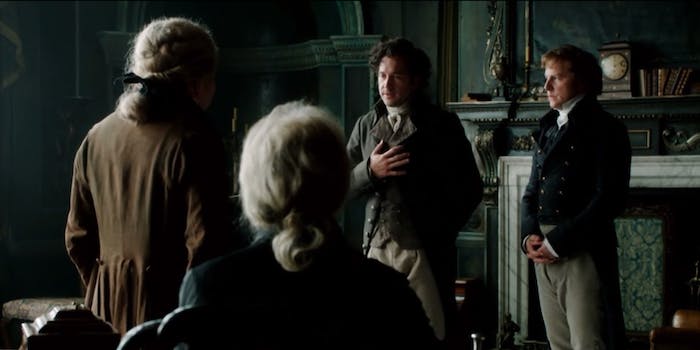 After a couple of 10-second teasers last week, the BBC has released a full trailer for Jonathan Strange and Mr Norrell.

The adaptation of Susanna Clarke’s Regency-era fantasy novel is due to air this summer on BBC One, BBC America, and on the Canadian channel Space. Its first trailer may be short, but it hints at plenty of memorable moments from the book, from the lighthearted introduction of the lead characters to the growing chaos and conflict toward the end of the novel.

Fans of the book will recognize their favorite characters, including Arabella Strange (Charlotte Riley), Stephen Black (Ariyon Bakare), and the eerie Gentleman with the Thistledown Hair (Marc Warren). Amid the gothic drama and Regency satire, we also catch a glimpse of one of the coolest magical moments from early in the book: Jonathan Strange conjuring “sea horses” from a sandy beach in Portsmouth.