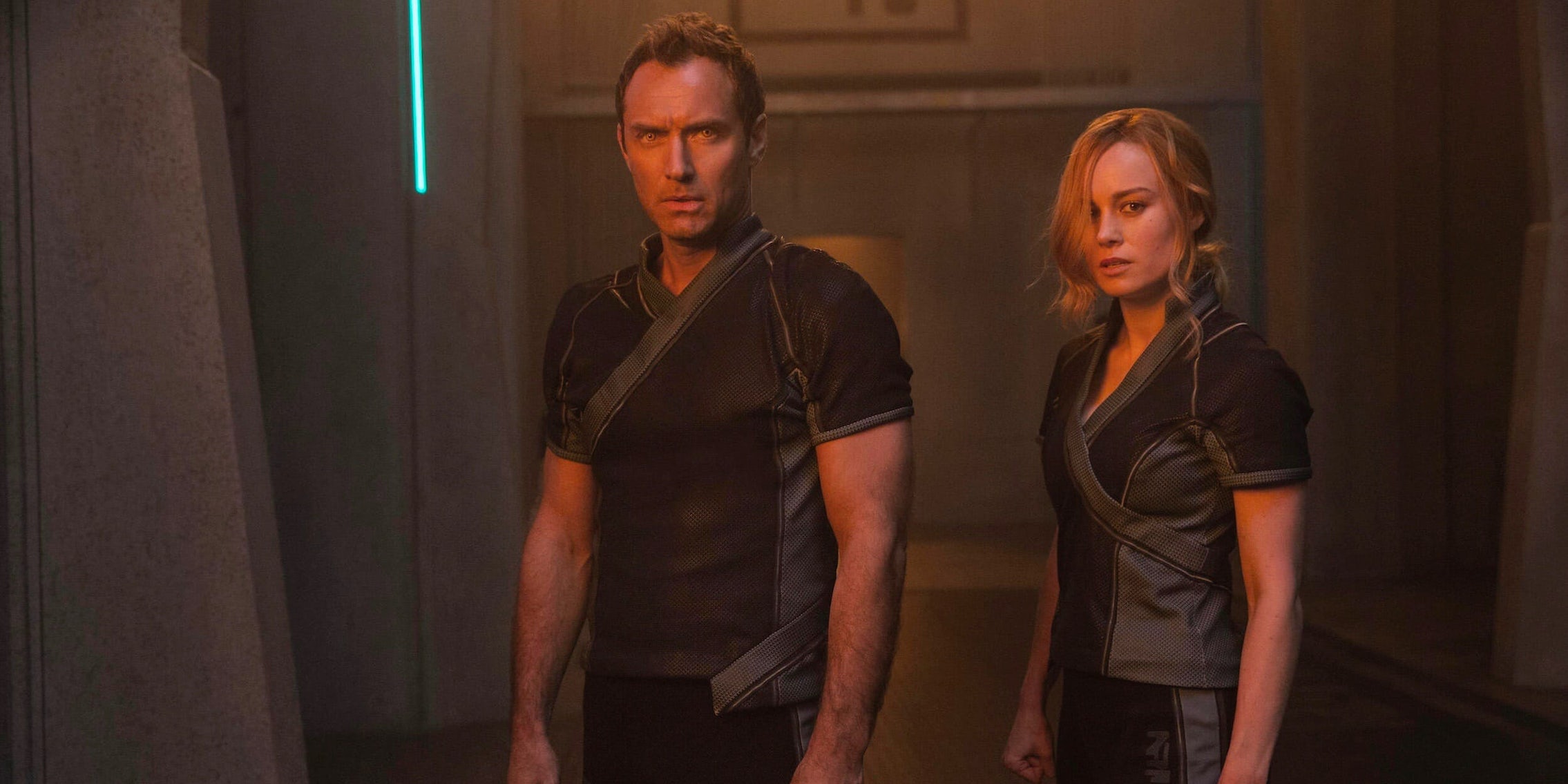 The #AlitaChallenge finds a high-profile troll to make its case.

Reviews for Captain Marvel are just starting to roll in, and although the film won’t arrive in theaters until later this week, parts of the internet are already rooting against it. Most of them haven’t seen it yet (and many have vowed not to), but that hasn’t stopped them from spamming sites with negative reviews.

After Rotten Tomatoes removed the “Want To See” feature on its website, they found another way to push the narrative. The current iteration of the controversy surrounding Captain Marvel can be summed up with by actor and professional troll James Woods, who took a cheap shot this week with the Distracted Boyfriend meme.

When you have a choice, pick a movie where the studio doesn’t hate half its audience… pic.twitter.com/69I3QuCxt3

One of the larger narratives around the backlash to Captain Marvel is that star Brie Larson hates men because she called for more inclusivity among the journalists covering and reviewing Captain Marvel. She later clarified: “What I’m looking for is to bring more seats up to the table. No one is getting their chair taken away,” she told Fox 5.

The controversy seems to include Woods among the cranky and performatively outraged white men, who wrote: “pick a movie where the studio doesn’t hate half its audience” in his accompanying tweet.

Some are against the very idea of a Captain Marvel movie because it stars a woman, features a female superhero (who is often held to a higher standard), or because they are offended that they might not be the primary audience for it. (For what it’s worth, it’s possible to enjoy a film when you’re not its primary audience: Just ask a woman who’s ever watched major action movies.)

Rotten Tomatoes didn’t cite Captain Marvel behind its explanation for removing the audience score for films that haven’t been released yet, but the timing is impossible to overlook. And so some of the people who disliked Captain Marvel on principle have decided to shift their strategy: putting their money behind another film.

As Kayleigh Donaldson explained over at Pajiba, some detractors are calling for people to boycott Captain Marvel upon its release and instead support Alita: Battle Angel, the film adaptation of the ’90s manga from Robert Rodriguez and James Cameron. Alita, which was released on Feb. 14, has made more than $350 million worldwide, with the majority of its box office earnings coming from foreign markets.

And by supporting Alita: Battle Angel, they argue, you’re still watching a film with a strong female lead without having to support Captain Marvel. (There is no indication from early reviews that Captain Marvel hates its male characters.)

Alita: Battle Angel received positive reviews from critics—we gave the film a mostly positive review—and is praised for its ambition, but some of its character choices were criticized for being “regressive and kind of sexist.” It’s your typical blockbuster. Take the good and the bad, and in the end, you have a perfectly fine popcorn flick. And as more people see Captain Marvel, it’s a guarantee that we’ll find plenty of aspects within the film to praise or criticize.

But the suggested boycott—which does not appear to be having a major effect based on early presale stats for Captain Marvel—fuels the inherent idea that there can only be one film out with a “strong female character,” which has become a tired and sexist trope in its own right. That women and girls who want to see action movies starring complex female characters should be satisfied or even grateful that there is even one film out there and to want more is absurd.

It’s possible, despite what Woods’ meme posited and people trying to make a boycott of Captain Marvel happen, that one can like both Alita and Captain Marvel. It’s even possible to watch two female superhero films without comparing them to each other, no matter how many articles comparing Captain Marvel and Wonder Woman may believe otherwise.

This weekend, there are going to be two blockbuster action movies with female leads. You might like both of them, one of them, or none of them. But the cool thing is, we’ve got options.