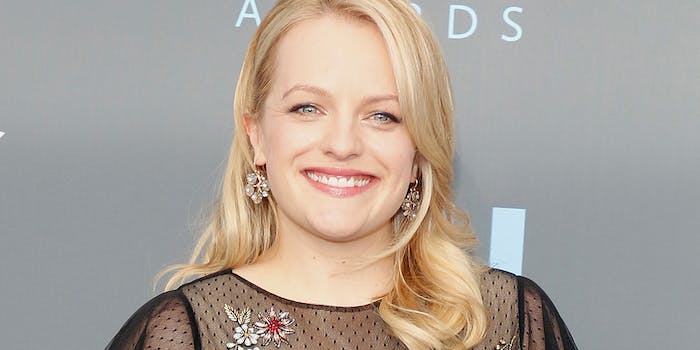 The new ‘Invisible Man’ reboot is about… domestic abuse?

Starring Elisabeth Moss, this reboot is a very different take on this classic horror film.

Classic horror movie The Invisible Man is getting a reboot, and it sounds more creatively ambitious than the Dark Universe franchise originally planned with Johnny Depp in the lead role.

Starring Elisabeth Moss (The Handmaid’s Tale), the upcoming Invisible Man movie is about domestic violence. Moss plays Cecilia Kass, a woman who flees an abusive relationship with a scientist (Oliver Jackson-Cohen), who seemingly dies by suicide soon after. But when he leaves her a chunk of his fortune, she starts to suspect there’s something fishy about his death. Alarming coincidences begin to crop up, making her wonder if he’s somehow hunting her from beyond the grave. Basically, it’s a horror story about being stalked and gaslit by an invisible ex.

This is a new twist on the classic Invisible Man story by author H.G. Wells, who framed the title character as the protagonist. Claude Rains starred in the first film adaptation in 1933, spawning a franchise alongside other horror classics like Dracula and Frankenstein—hence why Universal Pictures was so keen to launch that Dark Universe franchise a few years ago.

Elisabeth Moss is best known for starring in hard-hitting prestige TV dramas, often with feminist themes like The Handmaid’s Tale, Top of the Lake, and Mad Men. The new Invisible Man writer/director may raise some eyebrows, however. Leigh Whannell is best known as the writer and co-creator of Saw and Insidious, a pair of commercially popular but critically panned horror franchises that aren’t exactly known for their sensitive social commentary. He’s directed two films to date: Insidious 3 and Upgrade, a sci-fi/action movie about a man taking revenge for his wife’s murder.

The choice of lead actress adds some clout to this reboot, but we have to admit there are some troublesome optics here. Hollywood studios are hungry to relaunch classic franchises to a new audience, and after the tepid reaction to action blockbusters like Dracula Untold and Tom Cruise’s The Mummy remake, Universal clearly wants to go in a more mature and cerebral direction with The Invisible Man. A female-led thriller is an intriguing new angle, but it’s also an obvious example of a film that should have a women writer or director at the helm.

It’s entirely possible that Leigh Whannell will do a great job here, but it’s hard to see why Universal hired the Saw guy for this job, rather than seeking out one of the many female horror filmmakers currently working on lower-budget indies.