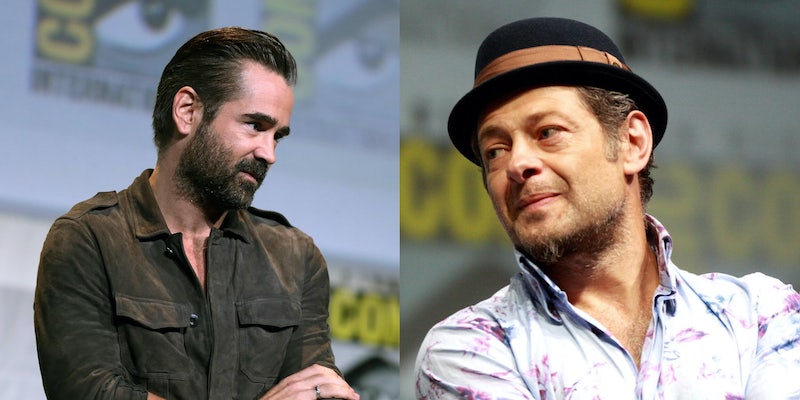 Colin Farrell and Andy Serkis round out ‘The Batman’ cast

They would join an all-star cast that includes Robert Pattinson and Zoë Kravitz.

Two more actors are in talks to join the cast of The Batman to round out the latest iteration of Gotham City on-screen.

On Tuesday, the Wrap reported that Andy Serkis (who is currently set to direct the Venom sequel) is in talks to step into the shoes of Bruce Wayne’s butler Alfred Pennyworth. Meanwhile, Deadline is reporting that Colin Farrell—who previously played Bullseye in the 2003 film Daredevil—is also in talks to join The Batman as the Penguin.

Those two deals aren’t finalized yet, so as was the case with Jonah Hill, who eventually passed on The Batman after being in talks to star as either the Riddler or the Penguin, those deals could still fall through. The role of the Riddler, a.k.a. Edward Nashton, eventually went to Paul Dano.

If finalized, Farrell and Serkis would join an all-star cast that includes Robert Pattinson as Bruce Wayne/Batman, Zoë Kravitz as Selina Kyle/Catwoman, and Jeffrey Wright as Gotham City Police Commissioner Jim Gordon. The Batman is said to be “noir-influenced” and will have a trio of villains versus a focus on one particular villain for Batman to face off against.

Aside from Pattinson, who’s been confirmed in the role for months, Reeves has only confirmed Wright’s casting on Twitter several weeks after it was first reported.