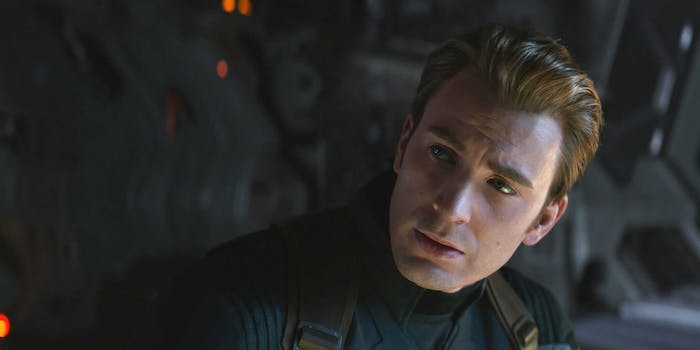 ‘Avengers: Endgame’ is coming to Disney+ on launch day

The streamer now launches with the three highest-grossing domestic releases of all-time.

Disney+ just got a galactic launch day boost, as Marvel announced Avengers: Endgame will be available when the new service debuts on Nov. 12, after being originally slated to hit the streamer on Dec. 11.

Oh snap! #AvengersEndgame is coming to @DisneyPlus. Start streaming the epic finale to Marvel Studios' Infinity Saga on November 12 in the US, Canada and Netherlands and on November 19 in Australia and New Zealand. pic.twitter.com/8hk40y5OFy

The Nov. 12 date applies to the United States, Canada, and the Netherlands. Australia and New Zealand will begin streaming Endgame on Nov. 19.

Marvel revealed the news in a tweet on Wednesday. Endgame‘s addition is significant because Disney+’s Marvel Cinematic Universe offerings had been minimal, with just seven of 23 MCU titles available at launch (now eight). Of course, part of the appeal of Disney+ has been the prospect of the entire MCU filmography eventually landing on the streamer.

However, Disney+ will start with more than enough new programing to please. It will eventually feature three new Marvel series, with Ms. Marvel, Moon Knight, and She-Hulk making their MCU debuts.

The service will also feature new iterations of its Star Wars properties, including an Obi-Wan Kenobi series, a Rogue One prequel, and The Mandalorian, which takes place five years after the events in Return of the Jedi.

With news that Avatar will also be available on Disney+ on Nov. 12, the streamer will get a running head start with heavyweights on the roster. It will now launch with the three highest-grossing domestic releases of all-time: Star Wars: The Force Awakens, Avengers: Endgame, and Avatar. Additionally,  Black Panther and Avengers: Infinity War—which are both currently streaming on Netflix—will likely make it to Disney+ in 2020.