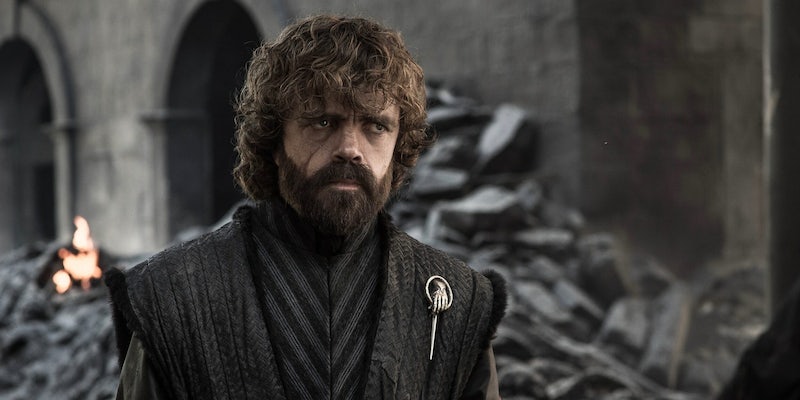 Who survived the ‘Game of Thrones’ series finale?

The series makes its last stop.

Game of Thrones has finally come to an end—but which characters are left to rebuild Westeros, Essos, and beyond?

For eight seasons, we obsessed over the many mysteries, relationships, and wars that brought characters from all walks of life together and tore them apart. And given the ever-rising body count of Game of Thrones season 8, it definitely felt possible that most of the characters that we spent years with would be goners. Fortunately, the Night King didn’t recruit all of Westeros for his army and there are, in fact, people to help shape the Six Kingdoms of Westeros; the North stayed true to its desire for independence.

But not everyone was so lucky. Some made it up until the series finale, which is titled “The Iron Throne,” only to die. Now that the series is completed, who lived, who died, and who will tell their story?

Who lived and died in the Game of Thrones series finale?

Ned Stark famously judged Jaime Lannister for forsaking his Kingsguard vows to protect the ruler of the Seven Kingdoms and murdering King Aerys II Targaryen, but a little over two decades later, Jon Snow—the person who was most like Ned even if they weren’t father and son—would make the same decision. Horrified at what Dany had become (and following a long, hard talk with Tyrion Lannister, who first gave him the suggestion), Jon made the difficult choice: He became a queenslayer. And he is sentenced to return to the Night’s Watch.

But Jon doesn’t quite stick to staying beyond the Wall. Instead, he heads beyond the Wall and reunites with Tormund Giantsbane and Ghost (who definitely gets properly patted this time around). Soon, they set off beyond the Wall, where the closing gate echoes the very first scene in the series.

“You got the north in you, the real north,” Tormund told Jon when they departed from one another in “The Last of the Starks.” And perhaps in the true north, Jon Snow, the last living Targaryen, can find peace.

After Dany burned King’s Landing to the ground in “The Bells,” the death of the Queen of the Ashes almost seemed inevitable; it wasn’t a matter of whether she’d die but when and who would do it. And after a season of betrayals, Dany was betrayed one last time: by Jon Snow, the Warden of the North, her nephew, and former lover who had pledged to serve her. Given that Jon hasn’t taken up his new name and we don’t see if he has children of his own, Jon—a kinslayer and a queenslayer—all but ends House Targaryen. Afterward, Drogon melts down the Iron Throne and flies away with her body.

No matter how many times he is captured, imprisoned, and put on trial, nothing can quite kill Tyrion Lannister. In “The Iron Throne,” he’s imprisoned one last time for freeing Jaime and refusing to continue serving Dany. But after Dany’s death, he’s among the members of the council set to determine the future of Westeros. And it’s ultimately Tyrion who suggests that Bran Stark—who doesn’t want anything—to rule over Westeros precisely because he doesn’t want to. Bran then appoints Tyrion as his hand, something that Tyrion doesn’t want but is more or less his punishment for betraying Dany.

OK, so the Iron Throne isn’t technically alive, even though the throne, at times, felt like an actual character on the show. But for eight seasons (and hundreds of years before that in Westeros), the throne had been a constant entity of both Game of Thrones and its marketing campaigns. It was uncomfortable to sit in, but many a would-be ruler wanted it anyway. It was the very thing that led to the deaths of countless soldiers, civilians, and even a few monarchs along the way. And in the end, the relic of the Westeros of old would be destroyed: It’s melted by Drogon into a puddle of metal goo before he departs from King’s Landing for the last time.

Bran the Broken, First of His Name

At the start of Game of Thrones, did you ever imagine that Bran Stark—the boy who fell out the window and became the Three-Eyed Raven (and a meme extraordinaire)—would end up ruling Westeros? Did you think it was possible before season 8? Well, here we are.

In “The Last of the Starks,” Bran refused the title of Lord of Winterfell even though he is the last trueborn son of Ned Stark. Later in that episode, as Tyrion and Varys discussed the possibility of Jon ruling, they argued that he would make for a good king because he didn’t want it. And because Bran cannot father children, kings and queens of Westeros will no longer be a right passed down from father to son; instead, it’s now a title given by the lords of Westeros.

A Stark must always be in Winterfell, the old saying goes, and at the end of Game of Thrones, that Stark is Sansa. She always wanted Northern independence, and even with her younger brother in charge, she cannot pledge to support him. The North breaks off and Sansa is crowned Queen in the North.

When Arya left Winterfell in “The Last of the Starks,” she told the Hound that she had no intention of ever returning. And in “The Iron Throne,” she finally fulfills the desire she once told Lady Crane back in season 6 to discover “what’s west of Westeros.” With a ship and crew at her command, she sets sail for the unknown in a scene that echoes the season 4 finale.

Samwell Tarly is among the members of a new council set to elect a new ruler of Westeros, but his suggestion of having the people choose their king or queen is scoffed at by the council at large. At the end of the series, Sam—now the grandmaester— renames Archmaester Ebrose’s book, originally titled A Chronicle of the Wars Following the Death of King Robert I, as A Song of Ice and Fire. The book apparently does not mention Tyrion at all.

Davos Seaworth is the voice of reason in the new council to decide the future of Westeros as he suggests that they choose a new ruler to decide Jon’s fate. He’s then appointed as a member of Bran’s small council.

Gendry participates in the council that elects Bran as the new king of the Six Kingdoms.

Tormund is waiting for Jon at the Wall and ultimately sets off beyond the Wall with Jon and the rest of the surviving Free Folk.

Brienne of Tarth is present for the council to choose a new leader of Westeros but doesn’t actively participate in it. As a member of the Kingsguard and part of Bran’s small council, Brienne then updates Jaime Lannister’s entry in the Book of Brothers.

Grey Worm wanted Jon Snow’s head for killing Dany and even refused land in the Reach as payment. So with their queen gone, they set sail for Essos.

Podrick Payne is knighted—presumably by Brienne—and made a member of the Kingsguard who wheels Bran Stark away from the small council meeting.

We don’t hear about Gilly at all in “The Iron Throne,” so we can only assume that she’s alive and well with her and Samwell Tarly’s children.

Ser Bronn of the Blackwater

Ser Bronn is made Lord of Highgarden and the Master of Coin on Bran’s small council. He wants to rebuild the brothels of King’s Landing but is met with resistance from Sam.

Ghost is a very good boy who got properly patted by Jon when Jon reached Castle Black, so all is finally well in the Six Kingdoms of Westeros.

After melting the Iron Throne, Drogon departs with Dany’s body and isn’t heard or seen from again, although Bran asks his small council if they’ve heard anything. Given that they haven’t, Bran attempts to look for the last living dragon himself.