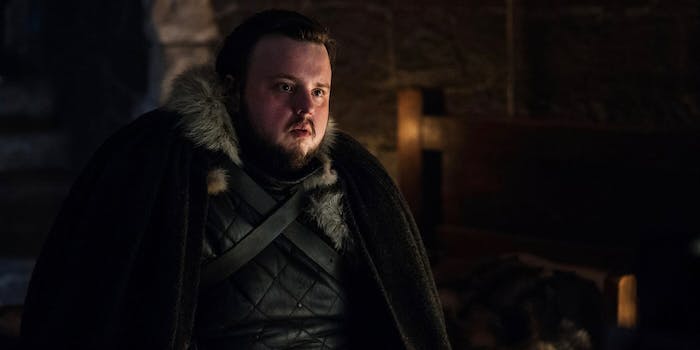 More details about two key scenes that weren't in the show.

Warning: This article contains spoilers for the Game of Thrones season finale, “The Dragon and the Wolf.”

Letters sent by raven and documents scattered across the Seven Kingdoms have always been important in Game of Thrones (after all, Ned discovered the Baratheon children’s true parentage from a book), but they were even more so during its seventh season. Information from old books at the Citadel prompted Jon Snow to go to Dragonstone for its dragonglass and cured Ser Jorah Mormont of greyscale. A years-old letter from Sansa Stark to her brother Robb came back to haunt her at Winterfell. And it’s a letter in the decaying pages of a book that moved some of the biggest chess pieces in the season 7 finale.

The official Making Game of Thrones blog released photos of two of those documents referenced in “The Dragon and the Wolf,” a letter from Jon Snow to his cousin Sansa (who he still believes is his sister) and High Septon Maynard’s diary proving that Rhaegar Targaryen and Lyanna Stark were legally married prior to Jon Snow’s birth. (The latter wasn’t seen this episode but made an appearance in “Eastwatch.”)

As prop pieces go, they’re pretty straightforward and the contents are freely referenced in the episode. But they can still give fans who are already looking toward season 8 even more to chew on.

Jon Snow bent the knee and got a demotion

“It’s the way he is, it’s the way he’s always been,” she told Littlefinger. “Never asked for my opinion, why would he start now?”

If Jon’s intent to pledge the men he and Sansa command—making it his choice to use their men—to Daenerys wasn’t clear enough, the title change makes it crystal clear. Before, Jon called himself King in the North. Now, he signed the letter as Warden of the North, a title that Ned Stark once bore and Daenerys promised for him if he had bent the knee when they first met.

As far as we can tell, Winterfell is still Sansa’s but Jon felt that he had enough authority as King in the North to make that call. When Jon and Daenerys arrive in Winterfell next season, Sansa might not be so pleased to see them.

Why nobody knew about Rhaegar and Lyanna’s marriage

The prop version is described as the version Gilly read to Sam, and the decaying pages and faded ink suggest that it’s the original version, not the one Sam claimed to transcribe. Most of it is the kind of the meticulous nonsense that would’ve annoyed Sam—including records of bowel movements—but the most important passage is located on the bottom left corner of the page. (Parts of it are difficult to read so we transcribed what we could.)

Due to unforeseen events and [transits?] I have to … from setting down my records for… I have granted an annulment to Prince Rhaegar for his … marriage to Elia Martell and … his marriage to Lyanna Stark in Dorne. He forbid me to tell anyone of the ceremony so I shall never…

Maynard didn’t elaborate on why he wanted his annulment to Elia Martell and marriage to Lyanna to be so secret, but it could explain why everyone in the North thought that Rhaegar kidnapped and raped her: she probably never told them she got married. (And to be honest, Robert Baratheon probably wouldn’t have believed her anyway.) They may have had good reasons for it, but right now it doesn’t paint either of them in a good light. A lot of people died because of the events in that one diary entry, and decades later, their son will have to deal with the ramifications of that choice.

You can view the rest of the photos at Making Game of Thrones.