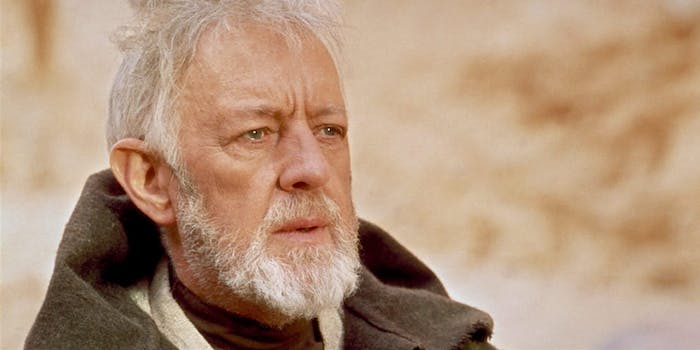 The show is being delayed for script rewrites.

After rumors of trouble behind the scenes, the Star Wars spinoff series for Obi-Wan Kenobi is now on hold. Filming was set to begin this summer, but the scripts are reportedly being rewritten, halting pre-production at a late stage while Disney figures out what to do with the show.

The Disney+ miniseries already had a director (Deborah Chow) and writer (Hossein Amini) onboard, and actor Ewan McGregor remains very enthusiastic about returning to the role. In fact, he was sworn to secrecy for years about his attachment to the spinoff, long before Disney+ had even launched.

The problem here appears to be the scripts. According to the Hollywood Reporter, Disney+ is now seeking a new writer, and the show is being reconfigured from six episodes to four, with rewrites expected to take place this year. It’s possible there was too much thematic overlap between the current Obi-Wan Kenobi story (protecting a young Luke Skywalker from afar on Tatooine) and The Mandalorian, and the Star Wars franchise may also be going through some general changes in response to The Rise of Skywalker and its mixed reception. The original Kenobi TV scripts are thought to have been repurposed from earlier drafts for a feature film like Solo or Rogue One.

Speaking to Variety at an event for his upcoming movie Birds of Prey, McGregor described the upset as “not really as dramatic as it might seem.”

“I think we start shooting early next year as opposed to summer this year… I think the scripts are great. They’re in really good shape. They want them to be better. I think we keep our same airdate.”

It’s unusual for this kind of high-profile project to be delayed so late in the game, but in the long run, this sounds like it may be a good idea for fans. Following the success of The Mandalorian, Disney didn’t want to release a subpar product starring such a popular character. The release date McGregor mentioned hasn’t actually been confirmed, but it’s likely to be early 2022. Season 2 of The Mandalorian will arrive in late 2020, while Rogue One‘s Cassian Andor spinoff is tentatively expected to air in 2021.