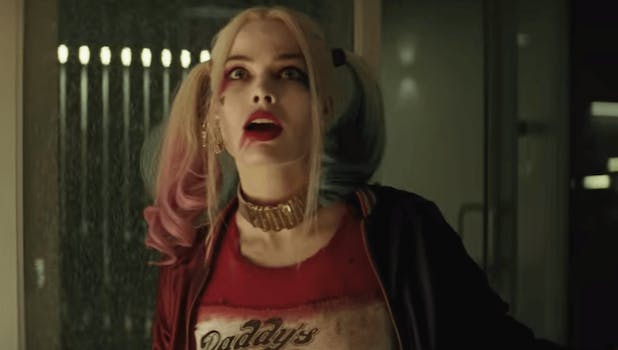 Fans of Harley Quinn can finally see the 'Birds of Prey' trailer.

Officially, the only way to see the trailer for Birds of Prey is to indulge another clown-related franchise.

It: Chapter Two hits theaters this weekend, and before you take in your second dose of Pennywise madness, you will have the chance to see the trailer for Birds Of Prey (And The Fantabulous Emancipation Of One Harley Quinn).

Birds of Prey marks the long-awaited return of Margot Robbie’s Harley Quinn, who will embark on a potentially deadly (err, suicidal?) mission alongside a gang of fellow anti-heroines played by Mary Elizabeth Winstead, Jurnee Smollett-Bell, and Rosie Perez.

The exclusivity of the trailer is really a matter of perception in the internet era, as it has already leaked all over social media.

The trailer intentionally forges the connection between Pennywise, the Joker, and Quinn, flooding the screen with red balloons before Robbie’s Harley makes an appearance, wondering if you’re also tired of clowns.

But, if you want to keep abreast of the Suicide Squad Cinematic Universe with a completely clean conscience, you’ll have to buy a ticket to the Stephen King sequel.