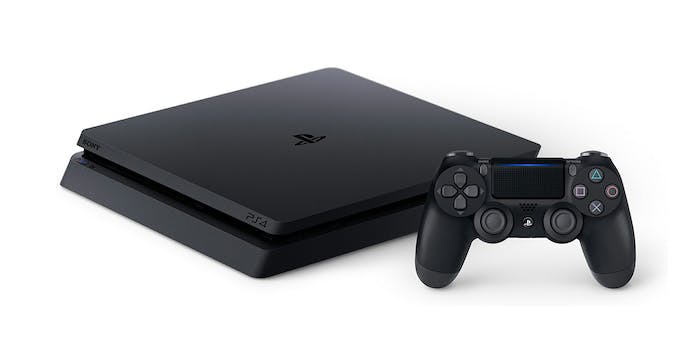 The best PS4 games you can’t play anywhere else

There's no shortage of great games on Sony's console, but these are the 7 absolute best PS4 games.

As we near the end of this console generation, it’s hard to deny the PS4’s dominance. Sony’s latest system has surpassed over 100 million units worldwide—30 million of which alone were sold in the U.S. An emphasis on well-crafted, narrative driven games connected the PlayStation 4 to all types of players around the world.

Recently, Playstation UK announced a collection of 10 games that “define the generation.” Featuring evocative artwork from some of the system’s biggest games, these collector’s editions also provide a chance to dive back in to some of the best PS4 games of the last few years.

But, like any “best of” list, it’s sure to inspire debate. Below, we’ve arranged our own selection of the very best exclusives in the PlayStation 4’s impressive library.

Nathan Drake’s globe-trotting adventures defined the PlayStation 3 era. After a lackluster launch for the console in 2006, Drake’s Fortune arrived the next year to realize the system’s full potential. The game’s sequels, Among Thieves and Drake’s Deception are still regarded as some of the most entertaining action-adventure games in recent memory.

But, A Thief’s End, the cap to the franchise proved itself to be a memorable, moving chapter. Uncharted 4 looks gorgeous—with mountainside mansions and jungle temples rendered in lifelike glory. As with most Naughty Dog titles, the narrative managed to draw players in and keep them captivated the entire time. With flashback sequences and new enemies and allies alike, players learned more about their favorite treasure hunter than ever before—and said farewell, for now.

While this experimental title didn’t make the “Only on PlayStation” collection, it can’t be overlooked. A horror game that changes every time you run through it, Until Dawn set the stakes for the cinematic aesthetic that would define the PlayStation 4’s main slate. Drawing inspiration from slasher films to put together a branching story, Supermassive Games tests players’ ability to make quick decisions.

With a cast of characters starring Rami Malek and Hayden Panettiere, much of the gameplay relies on exploration and quick-time events. A deceptively low-key cutscene can suddenly turn into a fight for your life, and if you aren’t paying attention, you can completely write characters out of the rest of the story. The permanent consequences and varied outcomes at play in Until Dawn are a great example of what the interactive medium can achieve.

Players were eager for a proper God of War sequel on PS4, and what we got defied expectations. Finding Kratos completely out of his element, this story shifts the mythology from Greek gods to the solitude of a Norse fantasy. Atreus, our hero’s son, is along for the ride this time, and his presence influences both the narrative and gameplay mechanics.

The latest God of War is a properly epic quest, traversing multiple realms and mountain peaks. There’s no shortage of bombastic boss battles and bloody confrontations, but the quieter moments of character development made this an instant favorite for fans of the franchise.

On the surface, Guerrilla Games’ latest release is just another open-world game. But it only takes a few hours to realize that Horizon Zero Dawn has something special. Aloy makes for a compelling heroine, navigating a post-apocalyptic world that quickly becomes familiar. The lengthy story of warring civilizations is bolstered by meaty RPG mechanics, but the best part of Horizon is its mechanical monster hunting.

In giving players the freedom to approach intimidating enemies with confidence, the game naturally combats mindlessness. Each dinosaur-like robot can be taken apart systematically, with bows, spears, and traps. Stealth and evasion are essential to strategize as every encounter becomes a blank canvas for devastating destruction.

There may not be a more influential series of games released in the past decade than those of the Souls moniker. Dark Souls’ relevance in the industry is undeniable—everything from indie hits like Dead Cells to the upcoming Star Wars blockbuster cite it by name. Though that trilogy may have wrapped its run in 2016, the unofficial spinoffs of the “Soulslike” genre are just as worthy of the same adoration; it’d be impossible to write a list of the best PS4 games without including one.

This year gave us the Samurai-focused Sekiro: Shadows Die Twice, but 2015’s Bloodborne has quickly achieved cult classic status. Exploring a macabre, horror-filled universe, this title builds on the combat of Dark Souls with more spells and ranged weapons. Bloodborne features some of the most nightmarish bosses I’ve ever seen, and it oozes with eerie atmospheric dread.

Designer Fumito Ueda’s follow-up to Shadow of the Colossus was meant to be a flagship title for the PlayStation 3. The game was long-delayed for a legendary stretch of time but arrived, triumphantly, in 2016. Not everything in The Last Guardian is perfect. The mechanics on display are a far cry from the technical precision that modern players demand. However, the rough edges of the gameplay only serve to heighten the narrative tensions of this fantastical fable.

Trico, the adorable and august star of the game, feels truly alive. As the game follows a boy lost in an ancient wasteland, character and player come to understand their world in parallel. As he struggles to forge a bond with the majestic creature, so do we. Trico doesn’t always listen. Neither do the game’s controls. The Last Guardian will leave a lasting impression on anyone who takes the time to embark on this adventure. It’s a one-of-a-kind experience that has earned it a spot as one of the best games for PS4—and one that might prove impossible to replicate.

Insomniac Games and Marvel Studios were a match made in heaven. The studio’s history of fast-paced action games and colorful visuals mapped over to the Spider-Man universe perfectly. Never before has soaring the skies of New York felt so rewarding, so organic, and so easy. In a city populated by constantly moving parts, this game balanced a hefty chunk of Spider-mythos and open-world exploration.

There has never been a better Spider-Man game than last year’s amazing effort. It encapsulates the sensation of being a superhero and delivers all the ups-and-downs of a year-long comic book run. After three sizable expansions, I’m still not tired of zipping between skyscrapers and showing off my hard-earned costumes.

Marvel’s Spider-Man is the best PS4 game out there; it’s hard to imagine anyone who won’t find something to love in the emotional story or rewarding action. However, the console still has a few surprises left. Where will Death Stranding or The Last of Us Part II fit on this list by the time the PlayStation 5 rolls around?