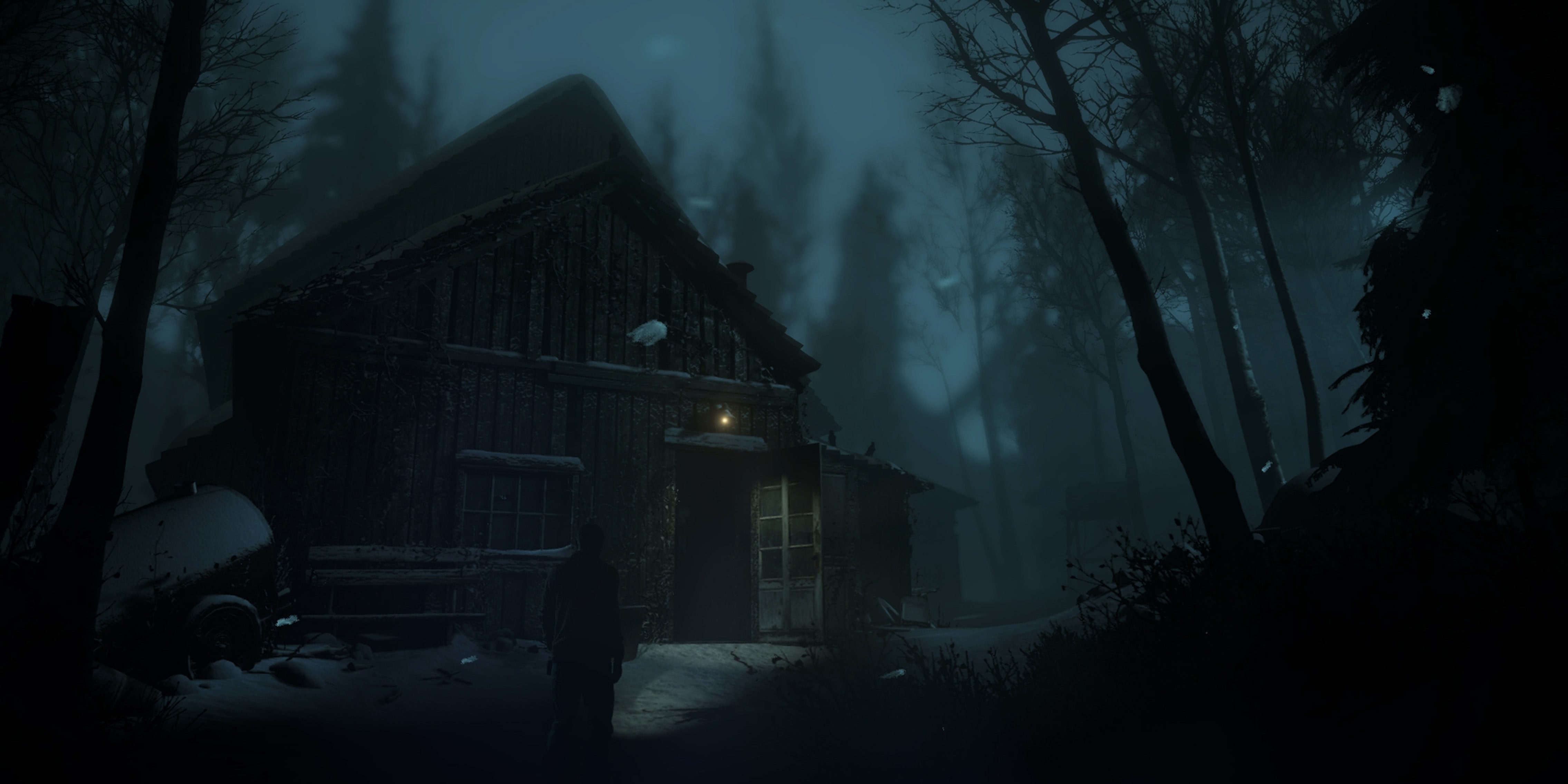 It's apparently possible for a cinematic game to be too cinematic.

Until Dawn is a game that wants to be a movie.

It was written like a movie, cast like a movie, performed like a movie, and even all the bonus materials feels more like movie promotion than video game promotion. If you enjoy Scream, Halloween, or Friday the 13th, and also love the resurgence of adventure games over the last several years, Until Dawn is a must-play game.

If your tastes do not fall in both of those directions simultaneously, be aware that you can finish most schlocky teenage horror films in two hours, whereas it will probably take three times as long to finish a single playthrough of Until Dawn—and they’re not dramatically different experiences. 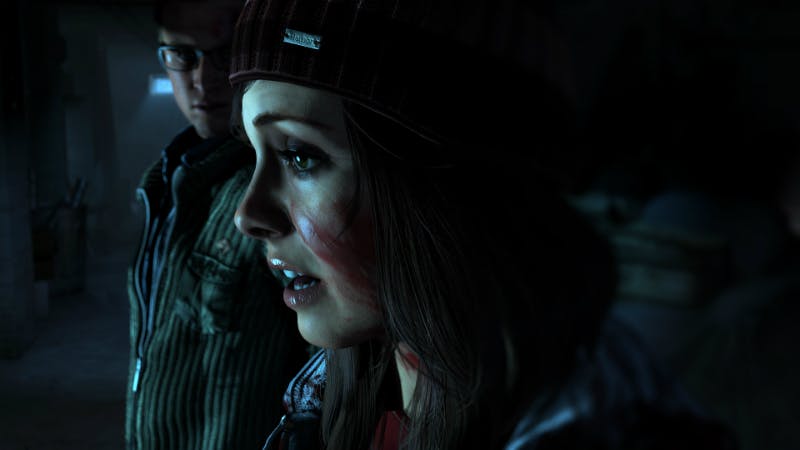 Until Dawn is the story of Hannah and Beth Washington, who mysteriously disappeared outside their parents’ ski lodge on Blackwood Mountain on the night they invited a bunch of friends over for a party. One year later, their brother Josh invites the same group of teenagers back to the lodge for a get-together that’s meant to give everyone closure.

Until Dawn is an adventure game whose closest relation in the genre has to be Heavy Rain, both in terms of cinematic aspirations and how forced the button-pressing and analog stick-waggling feel. You jump between all of the main characters at different parts of the story, walking them through the game and pressing X to look at things, and pressing R2 to pick up objects, and executing quick time events to pull off feats of dexterity.

I have never seen motion capture performances produced as adeptly as I did in Until Dawn. Character actor Peter Stormare’s characteristic menace is reproduced perfectly. Hayden Panettiere (Heroes) and Rami Malek (Mr. Robot) are captured just as expertly, though the script gave them less to work with than Stormare. All the performances were excellent. 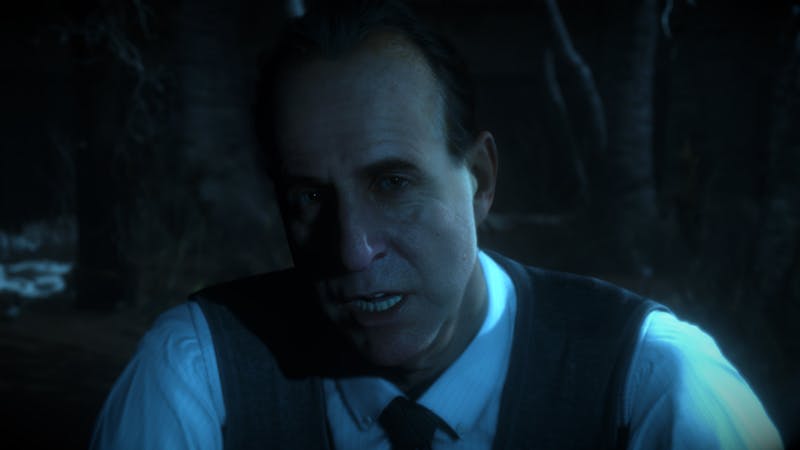 This winds up working against Until Dawn. Every traditional adventure game element from the button presses to the quick time events felt decidedly odd. In one moment you are directing Panettiere’s character through perfectly fluid, film-quality footage and in the next moment she turns into something between a robot and a marionette while you jerkily move her arms or hands around to pick up an object or pull a lever.

I’d have preferred it if every mechanical command in Until Dawn had been reduced to a single button press that triggered a piece of footage showing the action being carried out rather than having to carry out the actions myself and breaking the illusion of watching a television show or movie that Until Dawn goes to painstaking lengths to create.

Until Dawn goes so far as to break the game up into chapters, each of which is preceded by a “Previously On” montage, even when the footage in the montage took place only two minutes earlier. The game seems to assume you walked away for an extended period or have no short-term memory whatsoever. 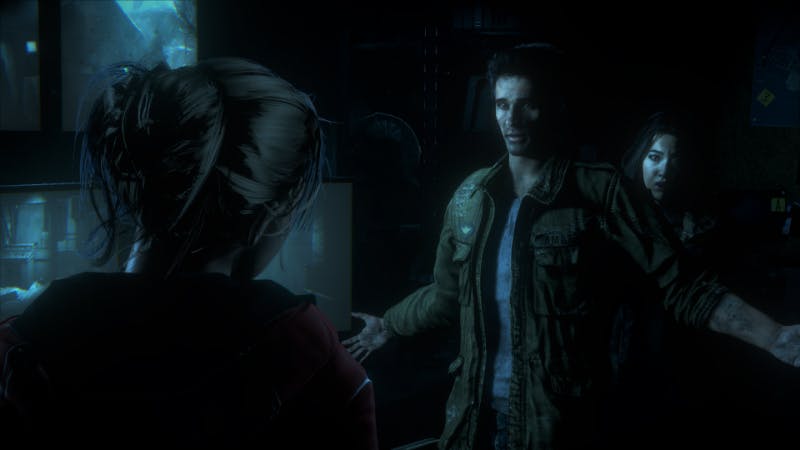 Until Dawn beats you over the head with its “butterfly effect” system, the idea that even the tiniest decisions can have huge effects on the story. When you make a decision that is meant to have gravity, little butterflies will momentarily flit across the screen. There’s an in-game menu composed of silhouettes of butterflies where each silhouette represents a choice whose consequence you can trace out up to three or four steps.

Totems that characters find lying on the ground—constant reminders that the game takes place on sacred Native American ground—have butterfly shapes that trigger brief visions of possible futures. Stormare during his scenes rants on about how decisions have consequences. The sum total of all this heavy-handed self-promotion is to suggest that the developers thought they were doing something special with narrative design.

In The Walking Dead or The Wolf Among Us, Telltale Games creates characters you genuinely care about. Therefore, the decisions you make around those characters carry import. You care whether or not the little girl Clementine is violently torn apart by zombies, so long-term ramifications on her are always on your mind when you make choices.

The characters in Until Dawn are empty teenage horror stereotypes. The popular, macho kid who plays the hero. The uptight overachiever with the 4.0 GPA who thinks straight and helps save the day. The boy and girl nerds who are friends and afraid to admit they love each other. None of these characters have any depth or are particularly sympathetic, because the characters in teenage schlock horror films are disposable.

The nature of the genre depends on characters being disposable, in fact. No one goes to see Scream or Saw to watch characters they care about. Each character in a teenage slasher movie is like an hourglass. The audience has paid to see which hourglasses are going to run out and how violently they’ll be dispatched, while also trying to figure out which of the characters will survive.

We know from the very outset purely by nature of her top billing that Hayden Panettiere’s character is highly unlikely to die. Not once during my review playthrough did it feel like Sam was in genuine danger, though she did get to spend an appreciable amount of time walking around wearing nothing but a towel because of course she did, this being an interactive teenage schlock horror simulator. 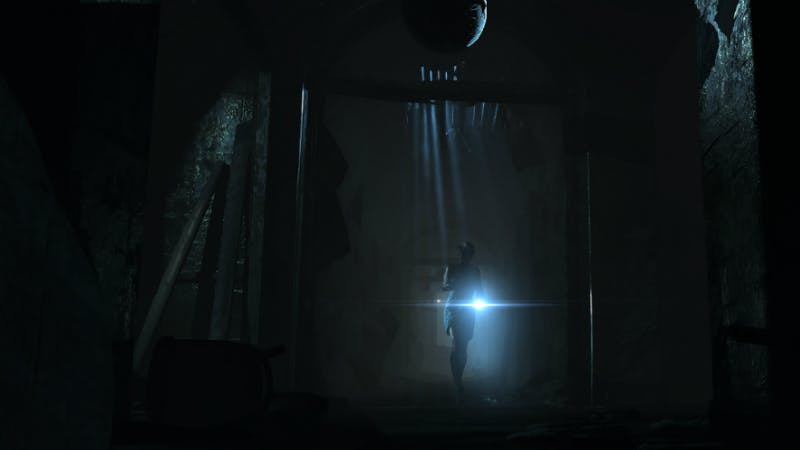 I fully expected that every other character in Until Dawn was on the chopping block, and some of the deaths were so haphazardly carried out without warning that even though there were other survivors in my playthrough, I’m confident they could also have wound up dead had I made different choices.

I played along with Until Dawn, trying to keep the characters alive, and only once did I care when a character died. It was the result of a choice that felt obviously stupid as soon as I’d made it, and the only reason I cared about losing the character was that they were portrayed by someone who wasn’t as picture-perfect a Hollywood starlet or hearthrob as the rest of the performers in Until Dawn, and therefore a character in whom I still held a modicum of interest.

The “butterfly effect” high-concept pitch is toothless if the characters don’t matter such that decisions regarding their potential deaths have no meaning. The constant, bludgeoning reminders about the butterfly effect made it feel like an adventure game system that was tacked on by way of making sure the audience continued to think of Until Dawn as specifically a video game, versus as an interactive movie.

Taking a story that careens between various sub genres rather than choosing a direction and committing, and marrying it to disposable characters who are at best inoffensive and at worst unlikable does not commend itself to an additional five or six hours on a second playthrough to see how different choices play out, or even a third playthrough to make sure you see absolutely every way this Choose Your Own Adventure game can unfold.

Unless, of course, you are a fan of teenage schlock horror movies and adventure games, in which case Until Dawn was made just for you.

Disclosure: Our review copy of Until Dawn on PlayStation 4 was provided courtesy of Sony Computer Entertainment America.