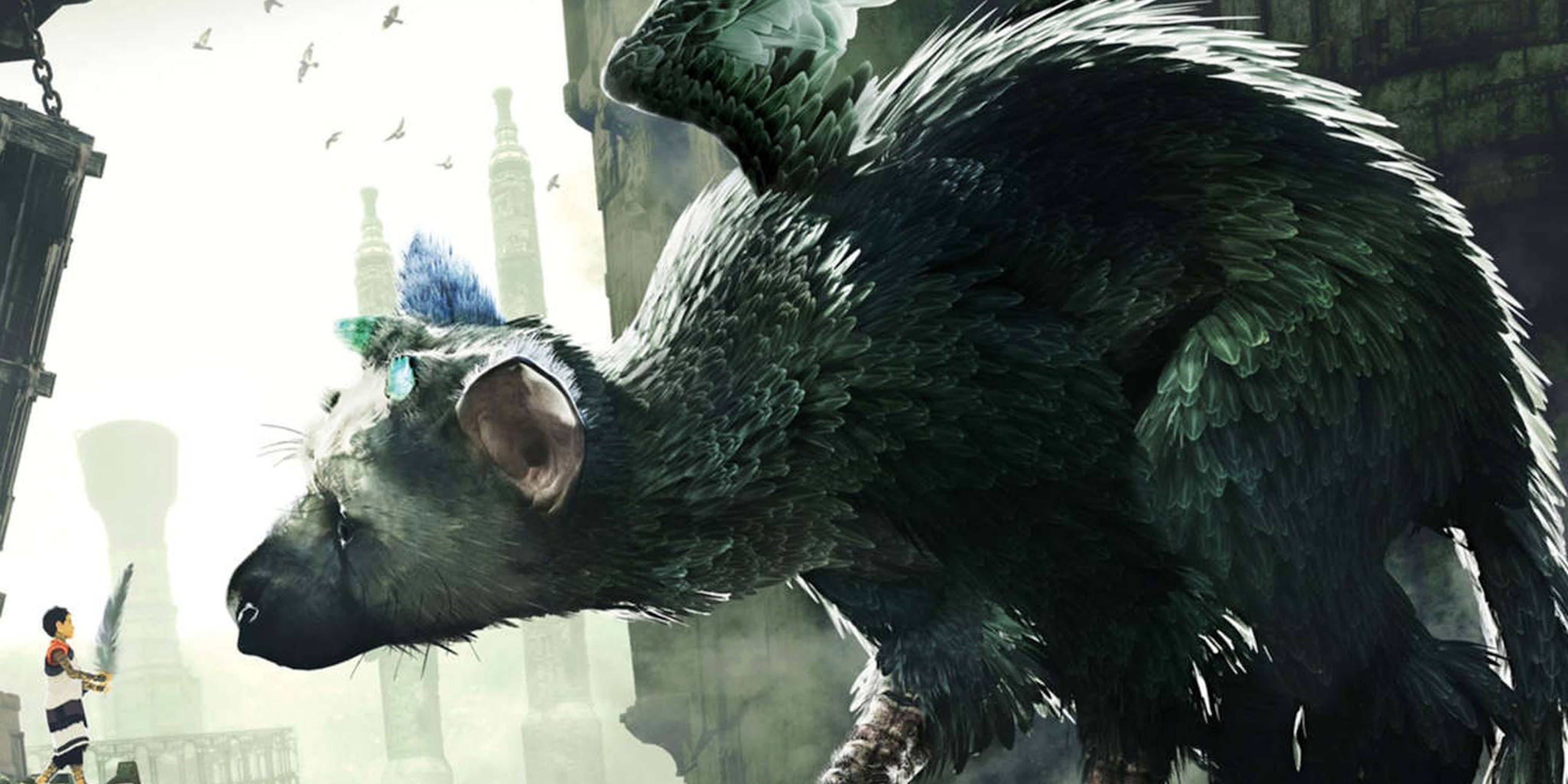 Review: The Last Guardian was worth the wait

The latest adventure from the creator of Ico and Shadow of the Colossus finally arrives.

A young boy wakes up in a strange cave. He finds himself covered in foreign symbols and alone, save for the massive beast that lies chained and wounded near him. Trico, a creature of legend, stirs with intimidating splendor while both character and player are naturally inclined to awe in its majesty. And so begins the relationship that defines each and every moment of The Last Guardian.

The latest adventure from Team Ico arrives in the wake of a monumentally storied development cycle. Much like Final Fantasy XV, fans were unsure they would ever hold The Last Guardian in their hands. Originally announced for the PlayStation 3, development woes, delays, and long periods of silence contributed to the game’s nearly decade-long development. Despite expectations of grandeur, The Last Guardian’s scale is remarkably intimate. The first few hours are spent establishing confidence in the player’s ability to control the boy and monitor Trico’s actions. Allowing for free movement of the camera at all times, the control scheme encourages you to keep both characters in the frame at once, to solve puzzles and pick up on story clues. There are a few questionable choices in mapping certain buttons to control multiple interactions, but on-screen hints serve as reminders and hardly feel intrusive. 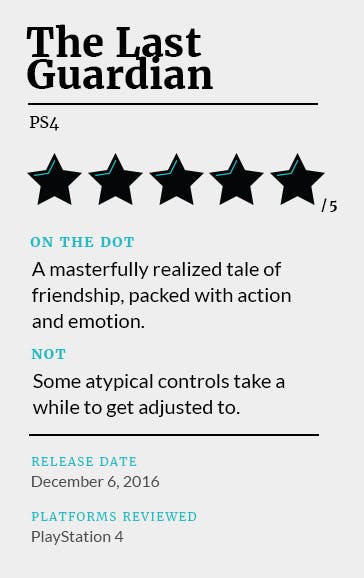 Each small moment of discovery builds on both the game’s masterful atmosphere and intuitive gameplay. Like Ico and Shadow of the Colossus before it, The Last Guardian showcases director Fuito Euda’s penchant for ambiguous setting and context. You’ll know very little about the world and its lore upon starting this adventure, only gaining points of reference as they arise in the narrative developments. Trico’s design equally brings to mind a loving pet and a fearsome monster, and it occupies both roles frequently as the pair explore the mysterious area they find themselves in.

Additionally, a storybook-style narration gives guidance in puzzling moments. As the player moves the boy around in confusion, an ethereal voice cuts in from the future to describe what the character did to solve the present situation. These moments not only serve as a poignant storytelling device, but a novel solution to guiding player action without a cluttered interface full of prompts that distract from the stellar art direction. Early sequences include puzzles liking moving small barrels and removing the spears that pain Trico, but the world’s unfamiliarity and the beast’s mythical nature make even the most mundane actions feel meaningful. The Last Guardian still provides the exhilarating sequences that fans of Euda’s previous titles cherish, but it does so with no hurry.

Like its prolonged development, The Last Guardian’s gameplay asks patience of the player, and while the slow burn may frustrate some, the nature in which both action and exploration ramp up over time never taxes tolerance or leads to boredom. Part of this is due to Trico’s independent nature, as the player has no real control over how the monster moves about. The boy can call Trico to his location, but the beast is easily distracted by swaying foliage and often expresses fear of new environments. It often shouts out in squawks and roars, stops to roll in a puddle, or prevents the boy from climbing on its back by scratching its feathers.

Trico’s behavior is a constant presence to monitor in The Last Guardian. The colossal creature will indicate the next objective with noise and movement, and can freely interact with the environment to provide the solution to certain puzzles or unearth secrets. Gameplay evolves from the initial simple platforming, layering on more complicated maneuvers and mechanics as the bond between boy and beast grows. As the pair grow more attached, the player feels more confident in controlling the action, issuing commands to Trico and guiding the boy through abandoned temples and ruins. Puzzles are appropriately challenging, and they require careful surveying of the world and coordination between each character.

Likewise, the world itself grows more complex as the pair progress, moving from musty underground caves to a marvelous city in the sky. Every environment is meticulously detailed, with each individual object feeling placed with precision. Presentation is a tremendous strength across the board in The Last Guardian, from the beautifully detailed art design to each character’s unique animations. Music is used sparingly, and when the orchestral sounds of Takeshi Furukawa’s score rise to the forefront, the tone of the scene becomes even more captivating. Moment to moment, The Last Guardian provides a series of thrills that capture emotion and imagination alike. The loop of entering a new room, toying with the environment, and beckoning Trico to progress never gets old and consistently inspires curiosity. The only moments where the game feels tedious is during combat, though it’s not presented in the typical sense. Enemies in The Last Guardian are as frightening and mysterious as the ruins they inhabit, making the player tense and panicked when they appear. Outsmarting the AI in these situations requires circling around the enemy and dashing away, which can feel less intuitive than the rest of the game’s well-realized action after a few encounters.

The Last Guardian is not a perfect game, but it triumphantly accomplishes everything it set out to do. The straightforward, rewarding manner of puzzle solving and platforming is deceptively simple, due to the thoughtful nature in which the player’s path has been designed. The Last Guardian can’t be rushed. Instead, the player is along for the ride, the game drawing them forward with environmental ambiguity and an endearing friendship at the core of every interaction.

Much can (and has) been said about the arduous wait for The Last Guardian, but in its finished form, the game tells a story with uncompromising vision and engrossing emotional heft. The resulting experience comes off as delicately prepared, and the mythical nature of the game’s development only enhances the fantastical tale at its core. Imagining the missteps the game could have taken if released in an unpolished rush is easy, but bickering about the build-up to The Last Guardian’s release will be long outlived by its success as an emotionally evocative masterpiece in the annals of modern gaming.

Disclosure: A copy of The Last Guardian was provided by Sony for review.