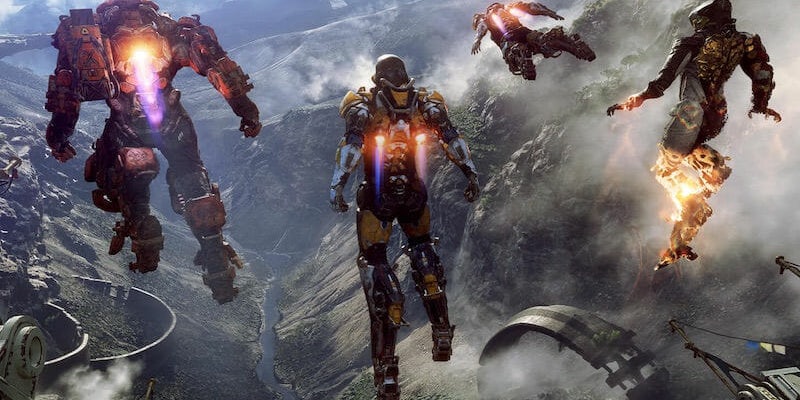 Details are sparse, but Bioware's upcoming Anthem is one to watch.

Out of all the games showcased at this year’s E3, few were more surprising or evocative than BioWare‘s bold new science fiction story, Anthem. Coming from members of the team that made games like Knights of the Old Republic and the original Mass Effect trilogy, it’s easy to see why people are losing their minds over the mere existence of this lofty multiplayer experience.

Although we glimpsed less than 10 minutes total of footage from the project, Anthem has dominated much of the conversation coming out of Los Angeles. There is a lot to parse out of the brief look we were given into this new world, even if the final game might be very far away. 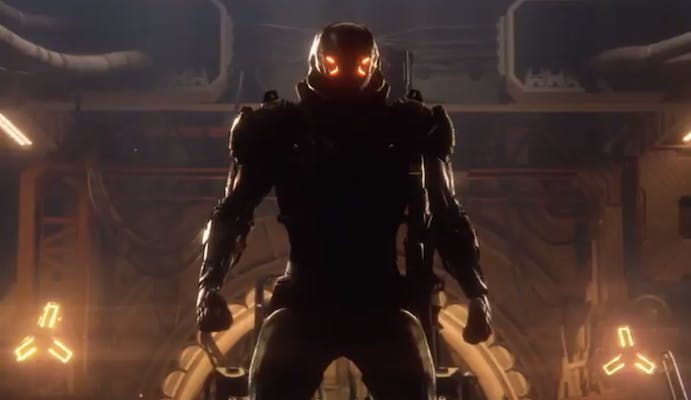 When is Anthem‘s release date?

Rumors have been circulating about this specific game for some time. Described as the “Bob Dylan of video games” internally, Project Dylan was first teased earlier this year during an Electronic Arts investors’ call. Many expected that the first details would be revealed during E3, likely during the company’s own show. While the first teaser debuted there, it was the in-depth gameplay reveal during Microsoft’s show that gave fans a sense of what to expect.

Despite all that, it seems very likely that we won’t hear much regarding Anthem until an event like E3 next year. The Xbox One X demo was designed to highlight the system’s capability to output in 4K, and no exclusive content was referenced during the presentation. Given that Anthem seems to be a direct competitor for Destiny, it will be interesting to see which platform gets any deals regarding early access or themed content. The game is still in development, and it won’t be released any time before August or September 2018 at the earliest.

Anthem’s gameplay trailer debuted on June 11 during the E3 gaming conference. You can see it below.

Our first look at Anthem was something of a mix between Titanfall and Attack on Titan. Humanity lives in centralized hubs, hidden behind walls to hide from the monstrous creatures lurking outside. Players control Freelancers, mech-suit wearing soldiers for hire that work together to accomplish dangerous missions. The game is built around a “live service,” allowing a group of up to four players to link together and take down enemies, tackling various objectives. 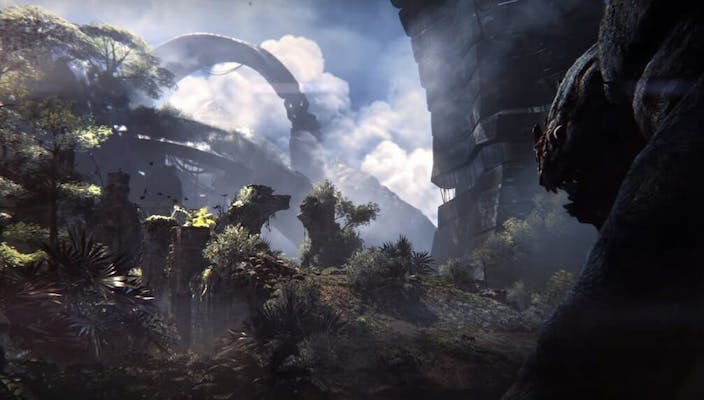 Written by BioWare veteran Drew Karpyshyn, it is unclear for now how much of the game will be a single-player focused story as opposed to a multiplayer-centric action game. A Freelancer’s mech-suit, known as a Javelin, can be customized by the player. Judging from the imagery of four soldiers heading into battle with distinct suits, this is probably going to be a class-based shooter. Outside of a few titles and the presence of alien enemies, we know very little about the world of Anthem, but can’t wait to learn more.

If the unveiling at EA’s press conference was underwhelming, the demo shown during the Xbox show was anything but. After watching seven minutes of uninterrupted footage, it is clear that Anthem will be one of the most visually impressive games ever released. In a mission called Hell or High Water, players explored a lush jungle full of high-level foes worth avoiding. After accepting a quest, the Freelancer dove into a hostile world and flew around, looking for their waypoint.

The Javelin suit allows players to dive underwater, levitate over dangerous encounters, and it can be equipped with a variety of weaponry. For a third-person shooter, Anthem has a minimalistic HUD, pointing out abilities and special ammo at the bottom of the screen. Much like Destiny, players are after rare weapons, each coming from a different class. The demo ends with a storm rolling in, which seemed to be a random development in the game’s engine, affecting how players fly around.