Review: Titanfall 2 aims to be this year’s can’t-miss shooter

Fans of the genre won't be disappointed.

Respawn Entertainment’s Titanfall 2 finds itself in a precarious position amid the stacked slate of first-person shooters due out this fall.

Battlefield 1 has already impressed with its uncompromising depiction of World War I’s brutality and in just a few weeks, Call of Duty: Infinite Warfare will take the immensely popular series out to space. While the first effort from Respawn didn’t take over the shooter scene quite like it had hoped to, Titanfall 2 lands alongside these high-profile games, expanding on its futuristic action with near-perfect success.

A proper single-player campaign fleshes out this sci-fi sequel, brilliantly incorporating the parkour-flavored run-and-gun gameplay of the competitive modes into an original universe. Players follow Jack Cooper, a militia soldier fighting against the oppressive villainy of the IMC. He has a deep admiration for the rebellion Pilots that have bonded with Titans and suddenly finds himself behind the controls of his own robotic buddy, BT-7274. 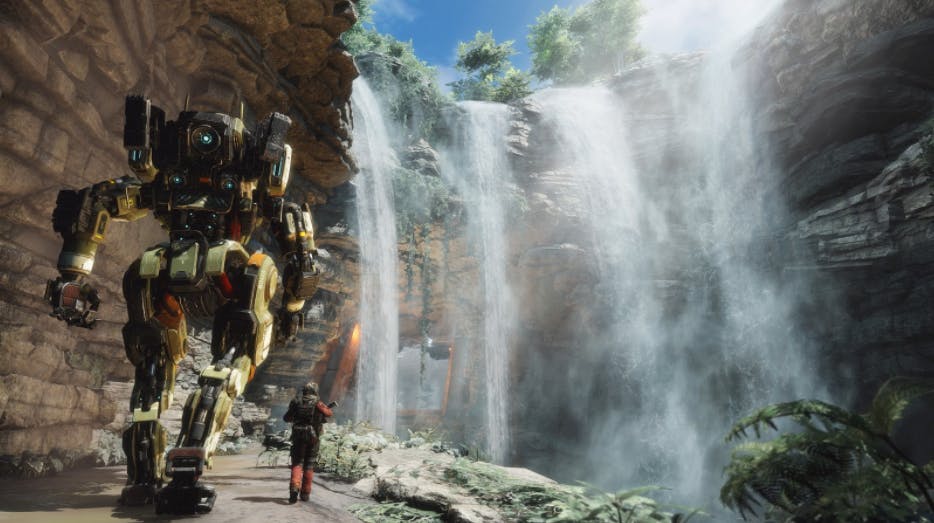 Trapped deep behind enemy lines on the alien planet of Typhoon, the pair quickly learn to depend on each other for survival. If these characters weren’t memorable, Titanfall 2’s story would fall flat on its face. Luckily, players will come to appreciate man and machine alike over the course of the eight-hour campaign. BT speaks with the cold, humorous objectivity often associated with AI characters, but the way Jack’s snappy dialogue plays off their budding friendship establishes a buddy-cop dynamic between the two. 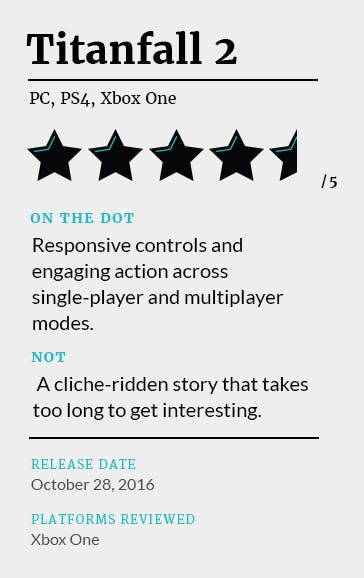 Unfortunately, their relationship is the only consistent element of the plot. Characters speak in typical military jargon and reference planets and organizations as if you’re supposed to know what they mean. Thanks to some poorly developed villains, the story remains a murky excuse to shuffle you through intense sequences of engaging gunplay and platforming puzzles. Significant plot twists don’t serve for thoughtful development in the story as much as they provide inspired new action set pieces.

An unparalleled sense of mobility made the first Titanfall feel fresh in 2014. Frenetic multiplayer matches made every kill feel empowering and entertaining, allowing for vertical exploration and unique vantage points. This remains true for the second installment, with the single-player campaign’s best moments feeling like a mix of Portal and Modern Warfare. 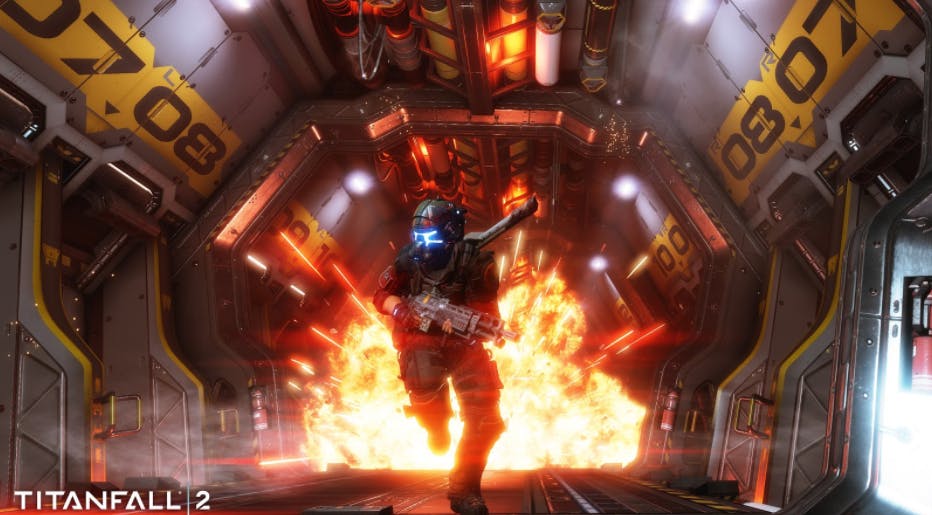 Titanfall 2 offers an impressive freedom of movement, from sustained sliding to gravity-defying double jumps, but wall-running will quickly become your Pilot’s most reliable path to victory. Players can dash along long walls while raining fire on enemies from above, quickly hop off, and land in the Titan waiting for them. Titans can’t take their feet off the ground, they only skate around the battlefield in short bursts. Controlling your character feels fast and fluid. It doesn’t take more than one press of a button to leap from a high perch or dart away from incoming fire.

Additionally, the campaign offers a wealth of diverse approaches to almost every enemy encounter, allowing players to experiment with the best way forward. Should Cooper attempt to stealthily sneak through an enemy installation while cloaked, or blast the doors down with BT’s explosive weaponry and tear down everything standing in their way?

Different enemy encounters require strategic thinking and fast adaptation, like the prowling alien beasts that lie in wait and drones that can be reprogramed to fight for you. Certain segments of the campaign beg to be replayed, thanks to the variety of possible combat approaches and cleverly hidden collectibles. Titanfall 2’s campaign never stops introducing unpredictable mechanics, difficult boss fights, and unique environments that clearly had a great deal of thought put into them.

All the gameplay mechanics that manage to elevate the story-driven experience carry over to the multiplayer component, which controls almost identically the original 2014 release. But this time, Pilots and Titans both have significantly more potential combinations for destruction. 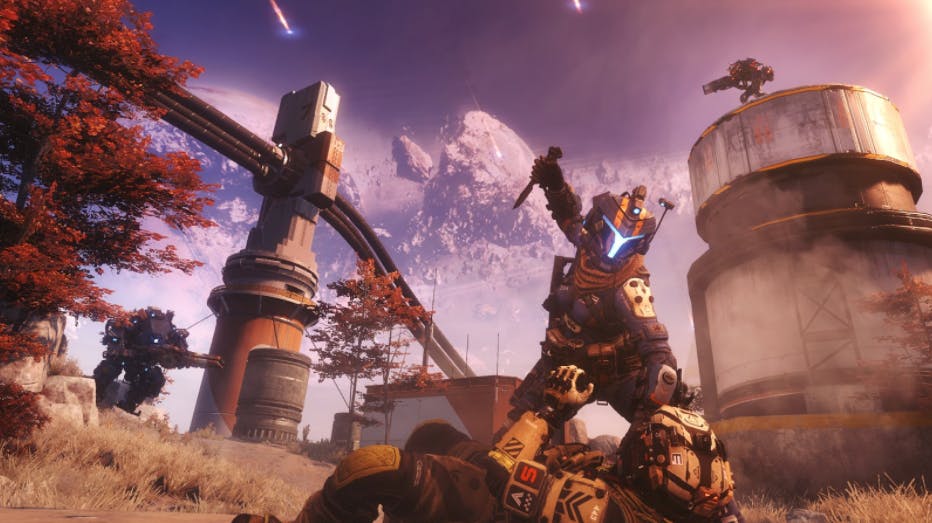 Six new robotic classes with unique advantages join the fight this time around, like the Ronin’s electrified sword or the Sniper’s ability to temporarily hover in mid-air. Titans also have destructive cores that build up over time, dealing an incredible amount of damage to foes that get caught in the way when they burst.

Facing off against a mobile Titan while out of your own mech isn’t as intimidating as it used to be, thanks to their new reliance on batteries. Titans can no longer heal as time goes on, and you’re able to steal the power core of an enemy Titan to heal your allies. This change balances direct encounters with other players online, adding more ways to be useful than simply shooting at enemies.

Pilots are even more agile in the multiplayer arena, swinging around obstacles with a grappling hook and bouncing off walls. The Smart Pistol, a popular auto-aiming weapon from the first game, appears less frequently in Pilot’s loadouts, as it’s no longer a primary weapon.

Titanfall 2 features plenty of standard competitive matchmaking modes, including robot-infused styles of free for all, domination, and capture the flag. But Attrition, the points-based team deathmatch, remains the highlight of Titanfall multiplayer. Kills of any kind, including AI enemies roaming the map, rack up points for your team. Gunning down the neutral minions in quick succession keeps every member of the skirmish feeling constantly involved and important. 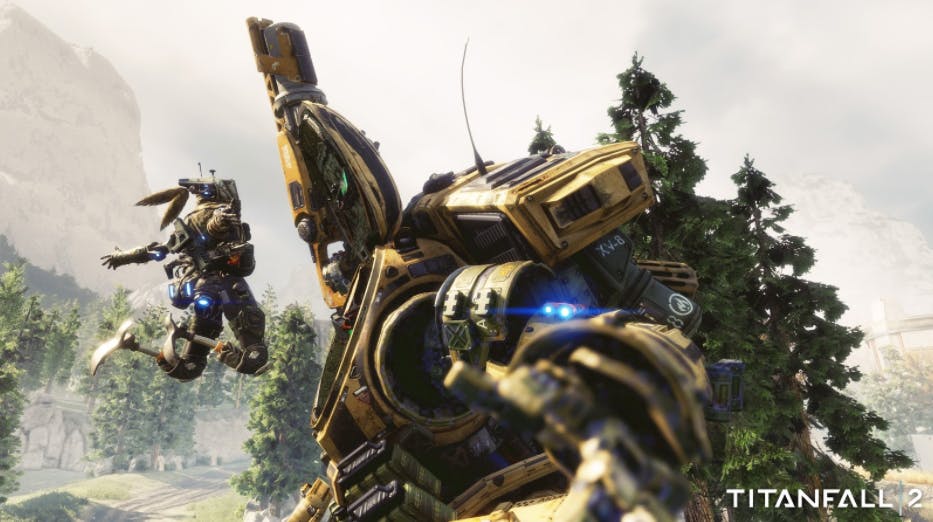 Bounty Hunt, one of the new multiplayer selections, puts a twist on Attrition’s AI-slaughtering. Each player’s score is recorded individually and needs to be deposited in a bank that spawns between rounds before it can be added to the team’s total. Players that die before depositing their score will miss out on bonuses and give the enemy a chance to get ahead. This introduces a new risk in Titanfall’s competitive matchups, but also allows for tense matches with unexpected comebacks.

Titan vs Titan and Pilot vs Pilot modes are offered as well, though they somewhat diminish the entertaining loop of swapping in and out of the cockpit. Players can fully customize the loadout of their foot soldier and robot partner thanks to a comprehensive progression system. Likewise, the Network function makes for a social experience tailored exactly to the kind of game mode you’re looking for.

Respawn has already promised free updates for every Titanfall 2 owner, including new maps, weapons, and objectives. By doing away with an expensive Season Pass and bringing PS4 players into the fold, the developers are hoping to give this multiplayer shooter more longevity than its predecessor.

But more than that, Titanfall 2 builds on the promises of the first game in every way imaginable. Rewarding gameplay innovations remain intact, providing consistent thrills in both multiplayer matches and the campaign. Fans of the genre will find themselves blown away by the unique level design, even if the narrative fails to stand tall.