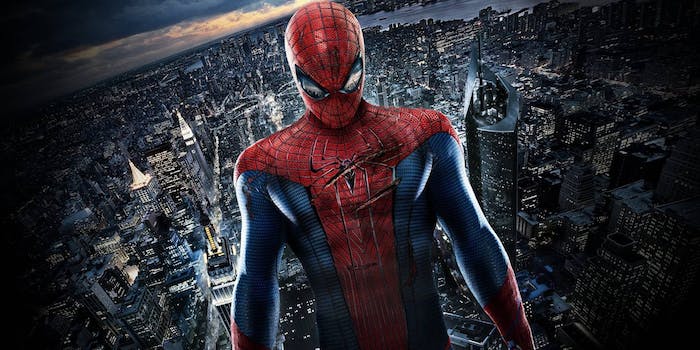 Andrew Garfield and Amy Adams interviewed each other about the flaws of the superhero franchise industry.

Despite his popularity with fans, Andrew Garfield didn’t have the happiest time filming The Amazing Spider-Man franchise. In a new interview, he said he ended up “heartbroken” after the character was compromised during the creative process.

Speaking with Batman v Superman actress Amy Adams in Variety, Garfield said, “I signed up to serve the story and to serve this incredible character that I’ve been dressing as since I was three, and then it gets compromised and it breaks your heart. I got heartbroken a little bit to a certain degree.”

The two actors went on to discuss the corporate nature of superhero movies, where creative authenticity is often dismissed in favor of studio concerns. “It’s corporate enterprise mostly,” said Garfield.

Adams, who was recently acclaimed for her performance in Arrival—and, let’s face it, every role she’s ever done—admitted she struggled while playing Lois Lane. “Sometimes it’s tricky because I feel she’s in service of the story instead of the story serving the character.”

It’s refreshing to hear such high-profile actors speak out about the flaws of the superhero franchise model, although Garfield and Adams benefit from being “free” of the system. The Justice League franchise is basically a side-project for Adams among her otherwise flourishing career, while Garfield has moved on to making more hard-hitting dramas.