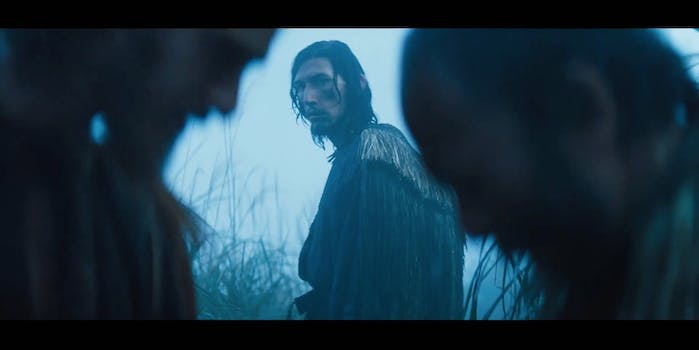 It's been a long time coming.

It only took director Martin Scorsese more than 20 years to bring his latest endeavor to life, but the trailer for Silence is finally here.

Set in the 17th century, the film follows two Christian missionaries, played by Adam Driver and Andrew Garfield, who travel to Japan to spread the religion while in search of their  mentor, played by Liam Neeson. The film is based on the 1966 historical fiction novel of the same name by Japanese author Sh?saku End?.

Scorsese told Deadline in 2013 that he was originally drawn to the project for his curiosity about religion.

“The very nature of secularism right now is really fascinating to me, but at the same time do you wipe away what could be more enriching in your life, which is an appreciation or some sort of search for that which is spiritual and transcends?” Scorsese said at the time. “Silence…is a strong, wonderful true story, a thriller in a way, but it deals with those questions.”

After more than two decades and even a lawsuit, Scorsese’s passion project will debut in December.