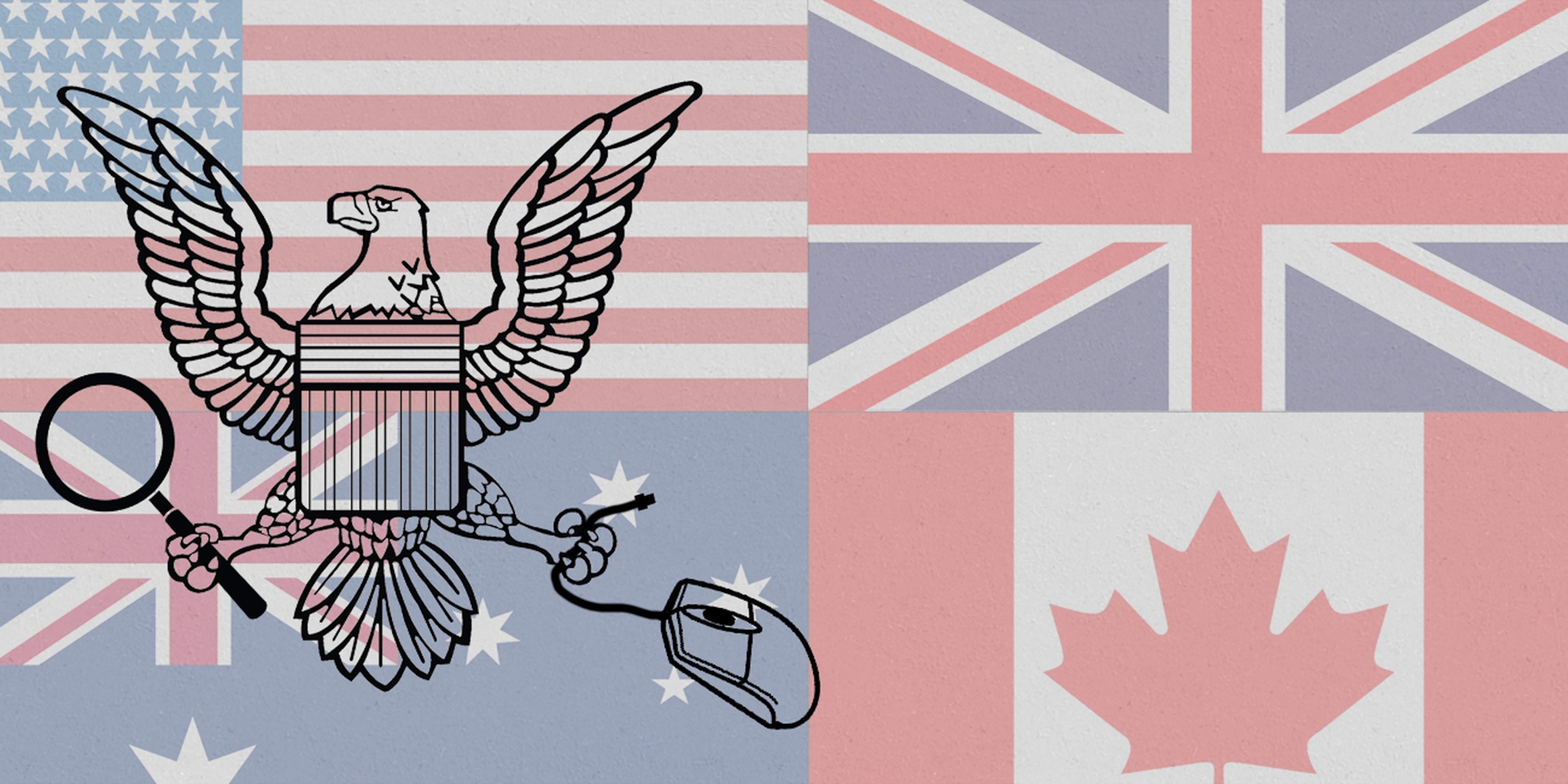 Leaked documents indicate that the National Security Agency’s most invasive Internet surveillance program, XKeyscore, is in some way shared with at least five other countries.

On Wednesday the Guardian published an NSA presentation on XKeyscore, provided by former contractor Edward Snowden, which describes the program as its “widest-reaching” Internet program. The NSA has acknowledged the existence of XKeyscore, and hasn’t denied claims about its vast powers, which include the ability to track nearly any individual’s Internet activity in real time and read their emails.

The presentation, dated February 25, 2008, doesn’t make specific reference to sharing its information with spy agencies in other nations, and the NSA didn’t immediately respond to the Daily Dot’s request for comment. But stamped at the top and bottom of each of those slides is the phrase: “REL TO USA, AUS, CAN, GBR, NZL.”

This group of five countries does have a special significance. In a then-anonymous interview Snowden gave before leaving the U.S. with all his NSA documents, he made specific reference to the U.S., Australia, Canada, Great Britain, and New Zealand as the “Five Eye Partners.”

“In some cases, the so-called Five Eye Partners go beyond what NSA itself does,” Snowden said at the time.

In another leaked document, obtained by Der Spiegel, the NSA defines Australia, Canada, Great Britain, and New Zealand as “2nd party” nations, and says that “The NSA does NOT target its 2nd party partners, nor request that 2nd parties do anything that is inherently illegal for NSA to do.”

On July 8, the Sydney Morning-Herald reported that Australia has four different facilities dedicated in part to assisting in the XKeyscore program, though the extent of that program wasn’t public at the time.

Der Spiegel has also reported it has evidence that Germany’s Federal Office for the Protection of the Constitution (BfV), the country’s domestic intelligence agency, has access to XKeyscore, and also that both the BfV and NSA have used the program to spy on German citizens.