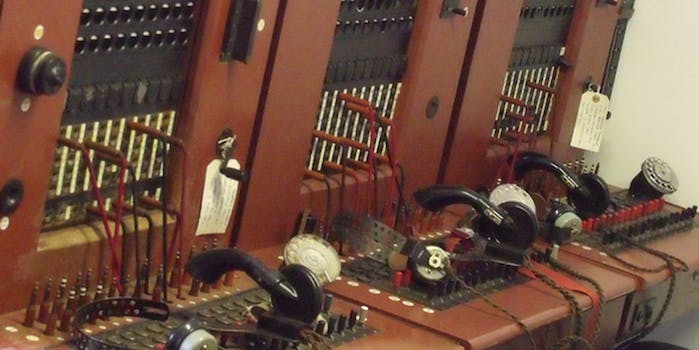 Germany collaborated with NSA to spy on its citizens

The US gave a German intelligence agency access to one of its key surveillance programs, “XKeyscore.”

Earlier this month, Der Spiegel revealed that through XKeyscore, the NSA collects massive amounts of data on the emails, phone calls, and other communications of German citizens. At the time, it appeared the German government was unaware of the agency’s activities.

Documents now indicate that the NSA went so far as to train the BND to use XKeyscore. According to one such report, “NSA also has held several multilateral technical meetings with BND…to improve the [Federal Office for the Protection of the Constitution]’s ability to exploit, filter, and process domestic data accesses and potentially develop larger collection access points that could benefit both Germany and the U.S.”

The “access points” referred to in the document may be similar to the upstream collection points revealed by former AT&T Computer Network Associate Mark Klein. In 2006, Klein blew the whistle on the company after witnessing the NSA install splitters on Internet cables in order to siphon off private user data. Klein previously told the Daily Dot that such splitters “get everything.”

This interpretation is supported by the fact that Der Spiegel said XKeyscore not only captures the metadata of communications but in some cases their contents as well.

One slide explained that “Plug-ins extract and index metadata into tables.” A flow chart on the slide describes the process: Phone numbers, email addresses, login in information and user activity are all collected (presumably from the aforementioned access points) and stored in a database where both “metadata tables” and “full log[s]” are collected. The slide depicts an intelligence agent querying this database from a desktop computer.

The legality of Germany’s participation in XKeyscore seems initially to have been questioned by the country’s leaders. “The BND has been working to influence the German Government to relax interpretation of the privacy laws over the long term to provide greater opportunity for intelligence sharing,” read on report.

The law in question is the “G-10 Law” which, according to Privacy International, “allows warrantless automated wiretaps of domestic and international communications by the national and states’ Intelligence Services for purposes of protecting the freedom and the democratic order, preventing terrorism and illegal trade in drugs and weapons.”

This vague national security exception left openings for broad German government surveillance in much the same way as U.S. privacy legislation. For example, the Omnibus Crime Control and Safe Streets Act stated that nothing in U.S. law that prevented the disclosure of private citizens’ communications “shall limit the constitutional powers of the president…to obtain foreign intelligence information deemed essential to the Security of the United States.”

Evidence of the NSA’s success in convincing Germany to adopt a similar view of its privacy laws can be found in the section of one report titled “Success Stories”: “The German government modified its interpretation of the G-10 Privacy Law, protecting the communications of German citizens, to afford the BND more flexibility in sharing protected information with foreign partners.”

The revelations about Germany’s compliance with the program indicate that NSA has, since 9/11, made a major push not only towards data collection, but towards influencing the Internet privacy policies of other nations.

News of Germany’s participation in XKeyscore poses a particular problem for the country’s chancellor, Angela Merkel, who is currently in the middle of a re-election campaign. Last week, Merkel, commented to the press on NSA spying activities in Germany. “The end does not justify the means,” she said. “Germany is not a surveillance state,” she said.

At the time, Der Spiegel reported that two thirds of Germans said they were dissatisfied with Merkel’s efforts to investigate NSA spying in Germany. In retrospect, its participation in XKeystone may explain the German government’s slow response.