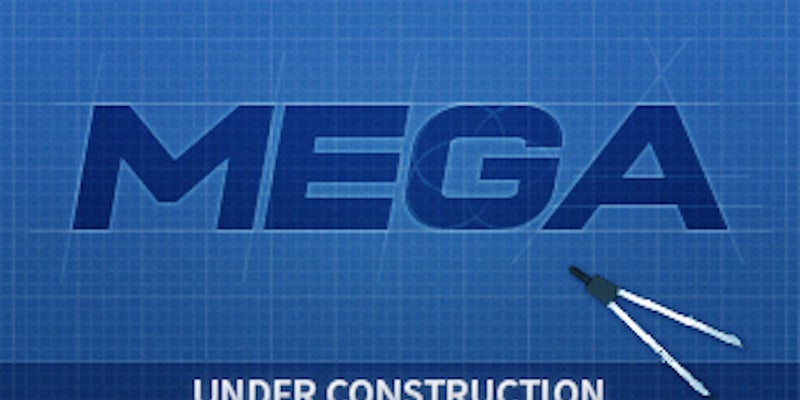 Almost immediately after the Saturday launch of MEGA, the new file locker service creator Kim Dotcom has called "unstoppable," the site was knocked offline, flooded by thousands of eager users.

Almost immediately after the Saturday launch of MEGA, the new file locker service that creator Kim Dotcom has called “unstoppable,” the site was knocked offline, flooded by thousands of eager users.

Dotcom saw it as a positive, thankful that so many were excited by his new service. “Site is extremely busy. Currently thousands of user registrations PER MINUTE,” he tweeted at 1:23, half an hour after the site was opened to the public. “Site is still overloaded. Massive demand. Incredible. I am so happy,” he posted an hour later.

Exactly a year ago before the launch, Dotcom’s previous file locker service, MegaUpload, was seized by a division of U.S. Immigrations and Customs Enforcement (ICE), who alleged mass copyright infringement, and whose banner is still visible to anyone who visits megaupload.com. Dotcom’s home was even violently raided by an armed anti-terrorist police force.

For his grand return to the Web storage game, Dotcom has repeatedly insisted that this time, his site was more protected from U.S. meddling. However, according to a copyright lawyer who’s currently advising on the MegaUpload case, MEGA’s unlikely to be any safer: Either Dotcom’s staff didn’t properly abide by copyright takedown procedures, and could continue that behavior with this new venture, or the U.S. takedown was illegal to begin with.

It’s unclear exactly how much MEGA’s downtime is an indication of serious problems. A number of users complained on Twitter; however, considering Dotcom reported a quarter million users in MEGA’s first day, it’s possible those with problems are just a fraction of overall users.

On Monday morning, Dotcom admitted that the site still wasn’t fully functional, and that he might have been overeager to launch MEGA on the anniversary of his previous defeat.

“We launched #Mega without traffic tests,” he tweeted. “That’s like building a sports car from scratch and taking it straight to the Gumball.”