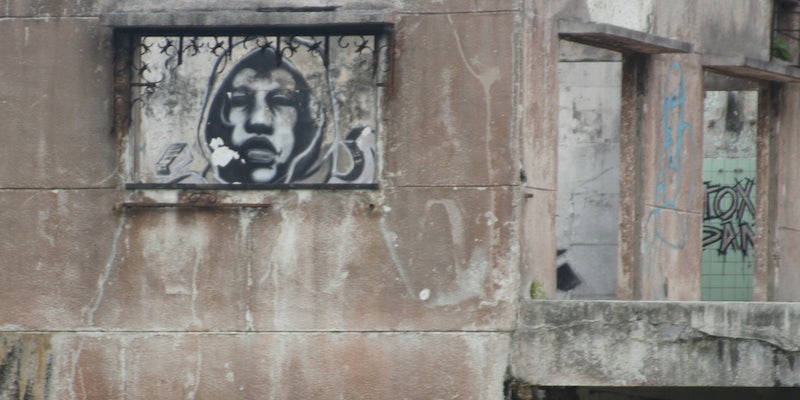 In April 2013,  hacktivist collective Anonymous and international human rights activists formed a coalition called OpGabon, with the aim of drawing media attention to the ritual killing of children by entrenched elites, and exposing corruption and kleptocracy in the regime of Gabon’s president, Ali Bongo Ondimba.

Bongo was elected in 2009 to succeed his father, who had ruled as a dictator for 42 years. That election is widely believed to have been fraudulent. “They don’t care who will be the next president, as long as it is not Bongo,” a citizen told CNN at the time.

Seven months after its debut, OpGabon is back. The Daily Dot spoke with activist Heather Marsh, author of Binding Chaos, to find out why. Marsh was deeply involved in bringing the first OpGabon to worldwide attention.

“It is back because there is another election in December and the killings are escalating again. Anonymous has unfinished business,” Marsh said.

She pointed to a blog post announcing public demonstrations against ritual killing, and a Pastebin document explaining how Anonymous intends to help.

The exhaustive press release came out November 20, and serves as a primer on the history of OpGabon, of ritual killings, and of Ali Bongo.

“We want legal actions taken against ritual killings of children in Gabon,” it reads. It points out that President Bongo now admits that ritual killings occur, whereas before OpGabon he had denied it, and it claims that he has attempted to inoculate his family against charges of complicity by having his wife act as an anti-killing campaigner. Needless to say, the activists do not accept that her commitment to the campaign is genuine.

“According to Yahoo Finance, Gabonese President Ali Bongo Ondimba, along with his associates, pocketed 25% of Gabon’s GDP in last 3 years. We demand that criminals and their sponsors be prosecuted, including powerful blood suckers and heart eaters who are also politicians. OpGabon has concentrated on ritual killings but that does not mean Anonymous is unaware of the corruption and profligacy of the Bongo regime. We are willing to expand our interest in the Bongo regime to include financial transparency if we feel it becomes necessary. Which it is.”

The goal of this operation is complete financial disruption of the first family of Gabon and all their associates, by disrupting the economy of the entire country if necessary. The press release specifically thanks Anonymous for their help in bringing this about.

Marsh said, “They promised last spring to bring focus on Ali Bongo’s financial corruption if the ritual killings did not end. Gabon is on the United Nations Human Rights Council … This lack of accountability is not acceptable.”

Attached to the footer of the release is a note from the Anonymous hacker website Cyberguerrilla, noting that many Gabonese government sites have been increasing their security and patching holes since the last series of attacks, but that “In actuality, the interwebs in Gabon are in very young, and there are plenty places to play.” Then it links to a list of targets, and closes with Anonymous’ traditional “expect us.”

DDoS attacks have apparently already begun against a wide range of targets, including oil and timber companies as well as government sites.

In Gabon and in France, protests have sprung up, and President Bongo has closed the schools in hopes of preventing more problems, although the lessons of history show that this instead floods the streets with unsupervised children who can participate in and support the protests.

«#Gabon Govt has temporarily shut public schools in hope of containing protests, but the move has failed» https://t.co/ECLidtBEPA #OpGabon