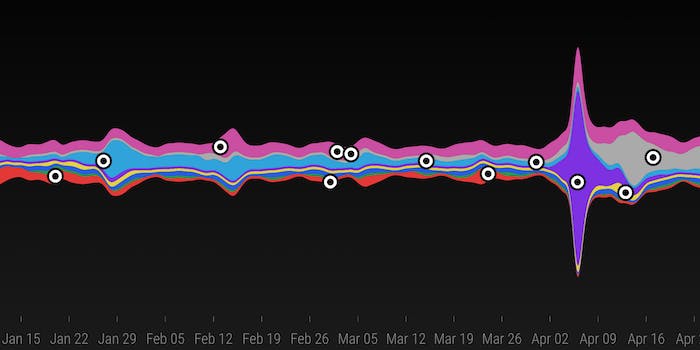 You can probably guess what the top search term is.

On Saturday President Donald Trump will have been in the White House for exactly 100 days. It’s been quite the ride.

From ongoing investigations into Russia to a new Supreme Court justice, the months since Trump took office on Jan. 20 have seen a lot of action and even more bluster. But a Google Trends analysis of the things Americans were most curious about reveals just a handful of serious issues dominated the American psyche.

Russia has dominated search thanks to a near-constant trickle of news about Moscow’s meddling in the 2016 U.S. election, and details about Trump associates’ contacts with people linked to the Kremlin.

Climate change and ISIS made the cut, but they were relatively low in search volume compared to issues like the Affordable Care Act and the economy in general.

The biggest issue has been immigration, which has also seen the most action due to Trump’s travel bans on Muslim-majority countries and the controversies those executive actions created. North Korea and Syria have also received ample attention from the American electorate due to U.S. military action and saber-rattling.

This is what the #100Days of @realDonaldTrump have looked like in search.

The question now is, what will Trump’s next 100 days hold?