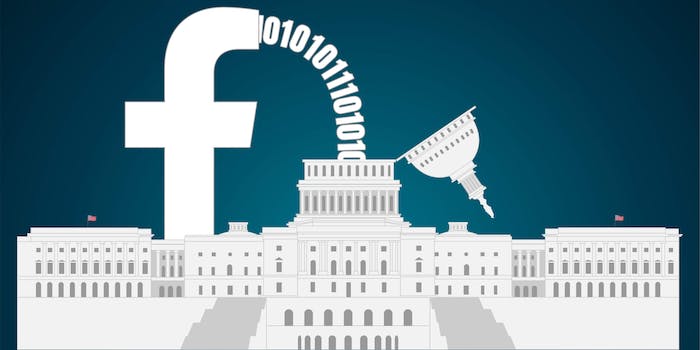 Facebook released its biannual transparency report on Wednesday and it revealed a spike in government requests for user data.

Facebook says it received a total of 128,617 requests for data from the government. According to TechCrunch, that’s a 16% increase in demands from last year’s report. Facebook has shown an increase in these government requests since it started releasing these transparency reports in 2013.

Roughly 70% of each type of request led to shared data.

“Facebook may voluntarily disclose information to law enforcement where we have a good faith reason to believe that the matter involves imminent risk of serious physical injury or death. For both Legal Process and Emergency Disclosure requests, we report the number of requests received, the number of user/accounts requested, and the percentage of requests where we produced some data,” the report explained.

TechCrunch also reported that a majority of the government requests came from the U.S. government, roughly 23%. Most of the requests also came with a gag order, preventing Facebook from telling users that they were sharing their data with the government.

According to the 2015 Freedom Act, companies can request to have those gag orders lifted.