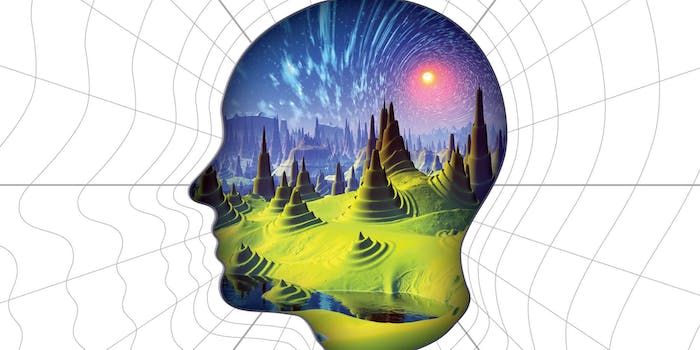 This therapist has advice for dealing with social distancing: Play video games

Don't feel guilty about spending all your time on Animal Crossing.

There’s something pleasantly cathartic about Doom Eternal. Now that social distancing is a basic part of life, I’ve been playing through the classic first-person shooter’s latest rendition. By now, my roommate has gotten used to me screaming in delight as I tear through flesh and disembowel demons’ skulls from the inside out.

Doom Eternal tasks players as the iconic Doom Slayer as he fights back against Hell’s ravenous demonic invasion across Earth. Just like its 2016 predecessor, Doom Eternal is notably gory: Players are rewarded with health and ammunition for dismembering their enemies or chainsawing them in half. It’s also ridiculously intense. One PC Gamer writer said getting through the game left his hands sweaty and tense, which, yep, checks out.

Much can be said here about why Doom Eternal has held my interest. Grotesque physical violence has long been a metaphor for intimacy. So has one person’s survival against an overpowering, endless, dominant force. Bonnie Ruberg’s writing on queer game design and Laura Westengard’s work on gothic horror and queer trauma have led me to believe that my relationship with Doom Eternal is incredibly gay. Stepping on my enemies’ throats and coating my hands in their fresh blood? Sounds like the lesbians flirting on my Twitter feed. But my relationship with the game says just as much about my queer identity as it does about me, Ana, the player.

I live in New York City, the epicenter of the U.S. COVID-19 infection, and life is utter shit right now. I haven’t seen my friends in well over a month. I can’t walk outside without wearing a mask. My depression, anxiety, obsessive-compulsive disorder, and complex post-traumatic stress disorder have all flared up. Getting out of bed is now a monumental task. In a time like this, Doom Eternal is a power fantasy. The world is out of my control, but a cacodemon’s eyeball? Well, at least I can rip and tear through that.

My ability to play games during social distancing is keeping me sane, and admittedly, I’m a little ashamed. But therapist Alexander Kriss suggests that playing video games isn’t inherently maladaptive. In his new book The Gaming Mind: A New Psychology of Videogames and the Power of Play, Kriss argues that embracing “play”—as in the act of engaging in a game, comparable to reading a book or role-playing with friends—could revolutionize how we think about video games, trauma, stress, and psychology as a whole. His book sets out to create a new relationship between gaming and psychology, one that draws on his personal experiences, his professional practice, clinical studies, and psychoanalytical theories spanning 200 years. Kriss’ definition of play is based in part on 20th-century psychoanalyst D.W. Winnicott, who claims play is the “cornerstone of human life and development.”

“According to him, and I’m inclined to agree, play is what happens when two or more people come together and create a space that intermingles their inner worlds to create a new, shared world,” Kriss told me. “This can look like two people chatting about philosophy or a thousand people playing a video game on a shared server—what makes play ‘play’ is that the participants feel safe enough to express themselves and try on different roles or emotional states without fear of dire consequence, whether that’s physical injury or social judgment.”

Ruberg argues in Video Games Have Always Been Queer that the act of play and the deeply intimate relationship players build with games is fundamentally queer in nature. Because play is an opportunity for us to learn more about ourselves and experiment with behavior deemed otherwise unacceptable, it lets us safely explore feelings, desires, and needs we wouldn’t be able to in the real world. There’s a long legacy of this in queer spaces, be it through role-playing, drag, kink, or creative subcultures like the furry community, and Ruberg extends this history to gaming in its entirety. To play is to queer.

Play looks like a lot of things in Kriss’ book. Patricia, a former model, role-plays as an “ugly” Fallout 4 character named Pat to deal with trauma from a sexual assault tied to her past career. Nell, an organ transplant patient with a chronic illness, finds online connection and respect through EVE Online. Mickey and his mother Rebekah bond through Minecraft and use in-game creation and destruction as an important lesson in loss and mourning. All three of these experiences may be happening in-game, but their players feel real emotions and thoughts in an environment that does not involve building and destroying an actual house, let alone leaving one.

“Broadly, video games provide opportunities to experience real emotions without the real-world consequences that may typically be associated with those emotions. We can experience the catharsis of aggression, the awe of fear, even the transgressive thrill of cheating, all bound within virtual playgrounds that cannot reach out and otherwise mess with our lives,” Kriss said. “This is, I think, particularly valuable in a time when so much feels uncertain and out of our control.”

No better example exists than the book’s central patient, the “gamer kid” Jack. While Jack’s dysfunctional home life makes others’ feelings and boundaries indecipherable, Mass Effect’s Good/Evil diplomacy system helps him understand whether his actions will be perceived as virtuous, villainous, or neutral in-game. In working with Kriss, Jack came to understand why socializing was so difficult for him in the real world compared to socializing in Mass Effect. By the end of their time together, Jack was able to better understand his feelings and recognize others’ boundaries. This was despite the fact Kriss’ colleagues initially believed Jack’s interest in gaming was maladaptive.

Kriss argues the “gamer kid” caricature has parallels to stereotypes that haunt the queer community. In his own life, he’s seen people go through a “coming out” as gamers “with the same kind of trepidation which one might express in revealing some long-hidden aspect of sexual or gender identity.” Kriss is quick to point out that the phenomenon is “absurd,” given the identity doesn’t “carry the history of oppression, violence, and criminalization” that queers and other marginalized people experience. Rather, he points to a problem that festers in the gaming community: shame. If games are for kids, then it’s shameful to enjoy them as an adult.

The Gaming Mind theorizes shame is a driving factor behind the right-wing political gamer identity (or capital-g Gamer, as I’ll call it) that emerged during Gamergate. These Gamers, whom Kriss calls “descendants of the original boys’ club” around games, experience a “shared psychological dependency on games as a means to explore and expel inner fantasies” and “rage without fear of reprisal, and without consideration for contemporary social values.”

In other words, the Gamer possessively controls gaming culture and gatekeeps marginalized identities because gaming is their last refuge for these feelings. But don’t pity these Gamers: They’re making an active decision to lash out at women, queers, people of color, and other oppressed groups instead of understanding their feelings in a safe setting for all involved, like a therapist’s office. An introspective relationship with games isn’t a cure to a feeling but an invitation to get to know what’s beneath the surface.

Doom Eternal isn’t the only game I’ve been playing during social distancing. I’ve clocked a ton of time into nostalgic platformer A Hat in Time and Riot’s new FPS Valorant. Mech VR game Vox Machinae has become my go-to cooldown exercise on my Oculus Quest after a frantic playthrough in the cardio-intensive Pistol Whip or Beat Saber. And yes, the darling hit Animal Crossing: New Horizons has sucked away my free mornings, afternoons, and evenings. I haven’t missed a single login since the game came out on March 20.

“Games and players are involved in a kind of relationship, and so what you get out of playing says as much about you as the game itself,” Kriss said. “Some people are turning to virtual utopias like Animal Crossing: New Horizons right now, in which they can calmly sculpt their dream homes and hang out with friends. Then again, the other day a friend told me he’d dusted off his copy of [survival horror game] Alien: Isolation… There may be something therapeutic to be found in an emotionally frightening experience that is masterable and containable in ways that the current quarantine is not.”

As social distancing continues, we’ve seen a resurgence in Americans returning to old hobbies like model trains and sewing. Art as a whole remains a staple as people watch Netflix, read books, or listen to music. Gaming, which provides myriad experiences from open-world adventuring to multiplayer deception, gives us an endless number of ways to combine art and play together. Despite what a Gamer might say, there is no “right” or “wrong” form of play and no “right” or “wrong” game to play. We each have to chase the games that speak to our needs. With clear boundaries, they can help us process the feelings we’re struggling with the most right now, be it shame, loneliness, grief, or something else.

“We have to get creative in order to rediscover ways of being ourselves and feeling our feelings without the relentless sense of severity that the pandemic has brought into our lives,” Kriss said. “There’s no one way to do it.”