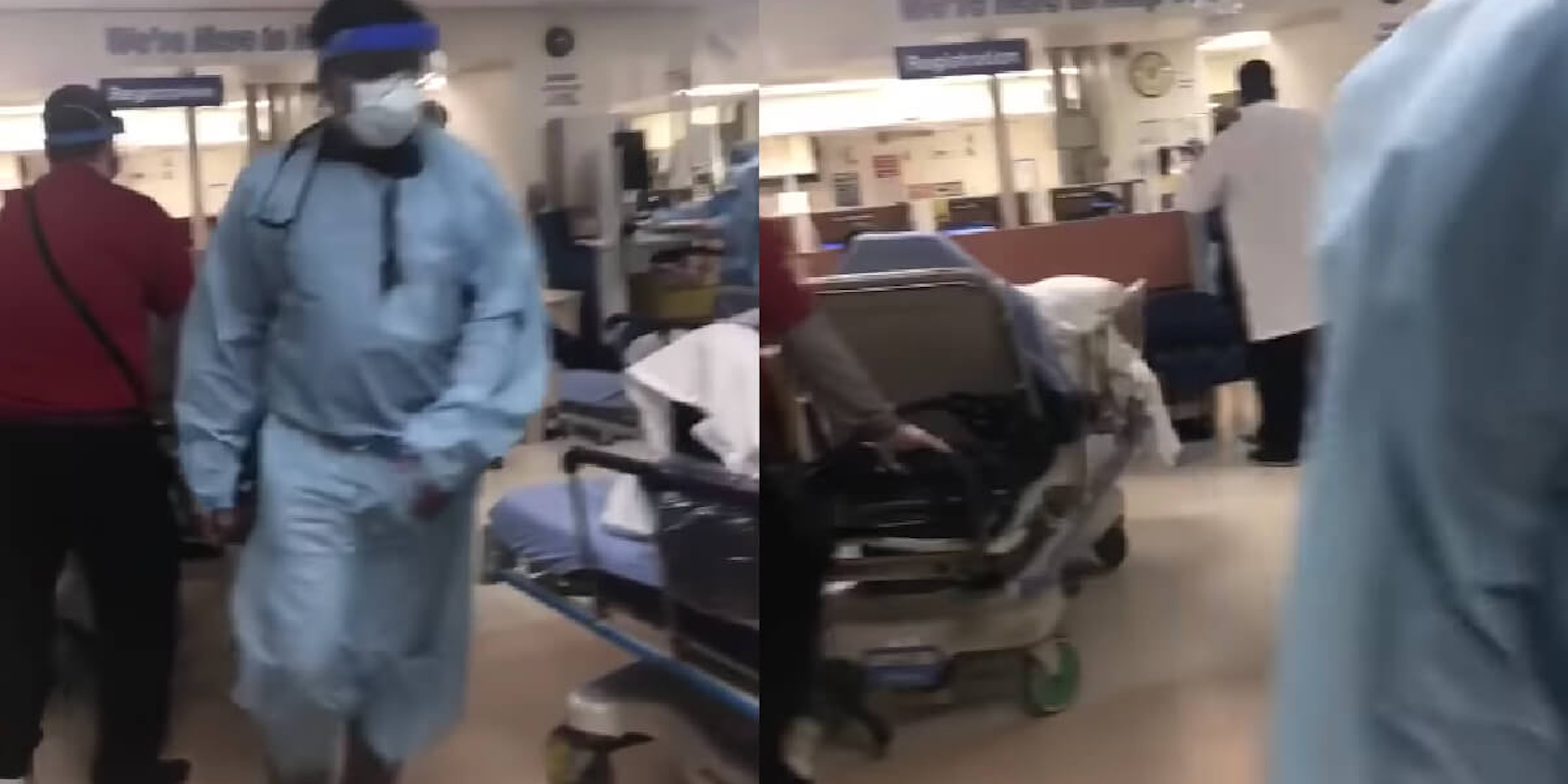 'Who is the sickest patient?' a voice is heard asking at one point.

A shocking video taken inside an overcrowded hospital in Queens shows an emergency room where patients are pressed side-by-side as they await treatment for ailments caused by the new coronavirus, according to the New York Post.

“Who is the sickest patient needs to go up?” a voice asks at one point.

“I don’t know,” another voice answers.

The video depicts a grim scene at Jamaica Hospital Medical Center. The footage reveals some patients in gurneys—crammed right next to each other—while others sit waiting in chairs.

The video was posted to Facebook on Thursday by a user who, according to the Post, says she received it from an anonymous hospital worker. It was widely shared on social media before being deleted.

A spokesman for the hospital declined to comment on the footage, except to say that it was “unauthorized” and filmed inside the emergency room.

New York is the epicenter of the coronavirus pandemic in the U.S. On Friday, state Gov. Andrew Cuomo said that New York’s death toll was 519, according to Daily Mail, an increase of 134 in just one day.