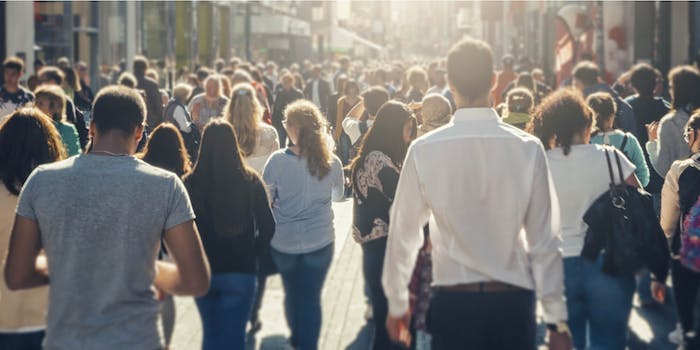 Examining data from Wuhan, Italy, South Korea, and the U.S., the team of researchers made the first model to be created based solely on COVID-19.

Recently released data from the Massachusetts Institute of Technology (MIT) indicates that prematurely lifting lockdown measures would likely lead to a sudden “explosion” in COVID-19 cases.

Examining publicly available data from Wuhan, Italy, South Korea, and the U.S., the team of researchers made the first model to be created based solely on COVID-19 data. All previous datasets have been based around similar, better-known respiratory infections like SARS. The resulting study showed that current measures are working to plateau nationwide numbers and that lifting restrictions too early could lead to a sudden, deadly spike in cases.

As noted by the Daily Mail, the MIT model uses “a neural network to draw a direct correlation between quarantine measures and a reduction in the effective reproduction number of the virus.” That allows researches to get a real look at how effective lockdown and physical distancing mandates have been. The research is not yet peer-reviewed, but the team hopes to share it with other researchers to develop better quarantine strategies.

Unsurprisingly, the model shows that distancing measures have been immensely effective. The MIT research looks deeper than earlier models—which only considered people who are particularly susceptible, already exposed, already infected, and recovering—and includes people in quarantine who are currently unable to spread the infection. If isolation measures are eased, this group would almost certainly choose to venture outside.

The MIT model shows that South Korea’s approach may be more prudent. Data indicates that the East Asian government’s swift and strong implementation of quarantine measures paid off. This sharply contrasts with data from the U.S. and Italy, where quarantine measures were approached sporadically and without stringent enforcement. In these places, the virus has continued its exponential spread.

If we continue lockdown measures, researchers predict a plateau in cases in the U.S. and Italy as early as next week. That doesn’t give us a free pass to leave quarantine, however. If we want these numbers to last, we must continue adhering to shelter-in-place orders, the data suggests.

Several individual states, like New York and California, saw governors announce plans to extend lockdown by several weeks. Multiple states across the country have come together to coordinate their reopening strategies.

New York Gov. Andrew Cuomo, who recently extended his state’s lockdown until at least May 15, noted that the decreasing rate of hospitalizations in the state aren’t enough to convince him that the danger has passed. Citing concerns that a return to normal could bring out asymptomatic carriers, Cuomo noted that easing restrictions could eliminate all the progress made in the state so far.

MIT professor George Barbastathis told the Daily Mail that we can look to Singapore for an example of what could happen should restrictions be eased prematurely. MIT’s model doesn’t include the country, but its recent surge in cases can serve as a lesson, he said.

“The second wave of infection this country is currently experiencing reflects their model’s finding about the correlation between quarantine measures and infection rate,” Barbastathis said. “If the U.S. were to follow the same policy of relaxing quarantine measures too soon, we have predicted that the consequences would be far more catastrophic.”