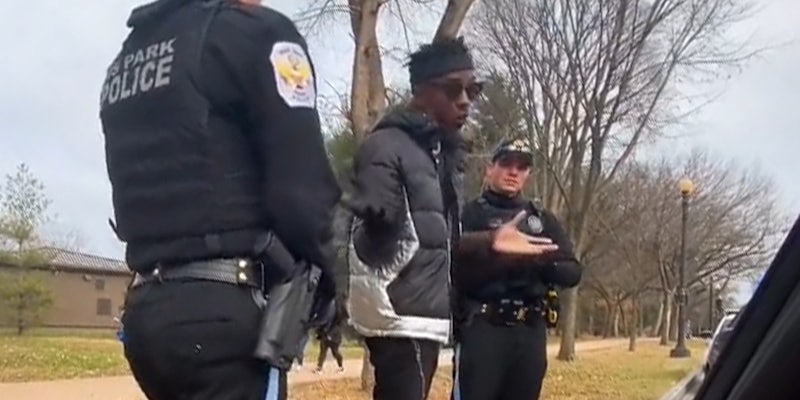 'I'm not answering any questions.'

A viral TikTok video shows a white police officer in Washington, D.C., telling a Black man he doesn’t “have the right to be silent.”

The video was posted by TikTok user @jaythesaint9, who’s posted other minor police interactions. The TikToker was pulled over by the U.S. Park Police. In the clip, he’s seen standing outside of his vehicle, between two officers. However, the context of the conversation isn’t clear in the video.

“I’m not answering any questions,” he says, seemingly invoking his 5th Amendment rights, which provides him the right to remain silent unless under six exceptional circumstances.

“You don’t have the right to remain silent,” says one of the officers.

The video has been viewed over 850,000 times since being posted on July 18. Users are debating how Miranda Rights work in the comments section of the video; however, there is little-to-no context in the clip.

The Daily Dot has reached out to @jaythesaint9 and the U.S. Park Police for more information.