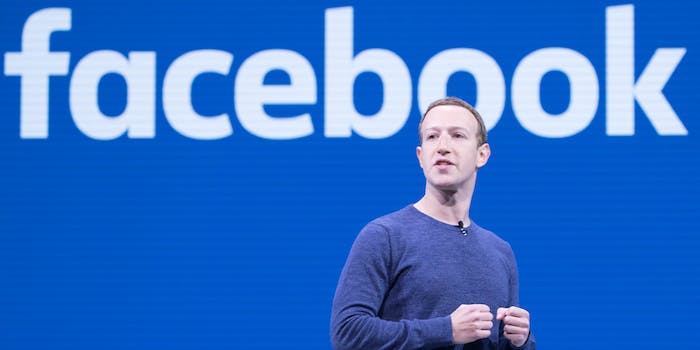 Critics argue the platform is not doing enough following the killing of two protesters.

Facebook CEO Mark Zuckerberg blamed an “operational mistake” on Friday after the page for a Wisconsin-based militia was not removed from the platform.

The page, run by a group known as the Kenosha Guard, had created a Facebook event calling on members to show up armed at protests over the police killing of Jacob Blake

The Kenosha Guard’s presence on Facebook has stirred controversy after a 17-year-old was charged with homicide for shooting and killing two protesters on Tuesday evening.

Although the shooter, Kyle Rittenhouse, has thus far not been linked to the Kenosha Guard, many have argued that Facebook is not doing enough to keep potentially violent groups from congregating on their platform.

In an address to users on Friday, Zuckerberg said that an “operational mistake” was to blame for the page remaining online.

“There have been a bunch of media reports asking why this page and event weren’t removed sooner, especially when in this case a bunch of people did report the page,” Zuckerberg said. “The reason for this is, it was largely an operational mistake.”

Zuckerberg noted that although the group’s page had been flagged, the company initially failed to remove it.

“The contractors and the reviewers who the initial complaints were funneled to basically didn’t pick this up,” Zuckerberg said.

“The team that enforces our policy against dangerous organizations is a specialized team that is trained to look for symbolism and innuendo and different things that require a significant amount of training in some of these cases to understand the details or nuances,” Zuckerberg said.

Zuckerberg’s remarks come just days after the platform cracked down on movements tied to violence. Those affected by the new guidelines included militias, certain anarchist groups, and supporters of the conspiracy theory QAnon.