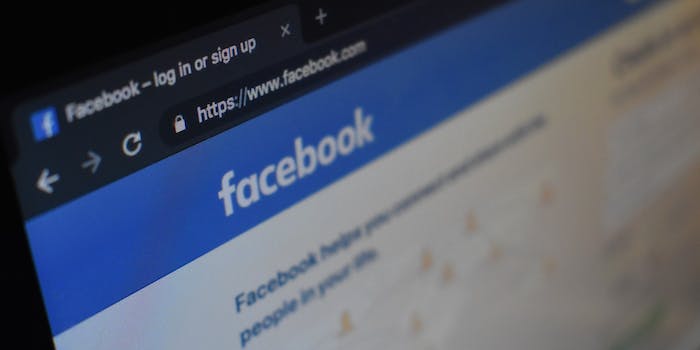 Facebook announced new guidelines on Wednesday intended to limit the reach of movements tied to violence such as the QAnon conspiracy.

Groups specifically cited by Facebook alongside QAnon include anarchists “that support violent acts amidst protests” and militia organizations.

“We already remove content calling for or advocating violence and we ban organizations and individuals that proclaim a violent mission,” the company said. “However, we have seen growing movements that, while not directly organizing violence, have celebrated violent acts, shown that they have weapons and suggest they will use them, or have individual followers with patterns of violent behavior.”

Facebook says it plans to limit the reach of such groups, pages, and accounts by stopping them from being recommended to other users.

Content produced by designated groups will also be ranked lower in the News Feed and will be harder to find through the platform’s search function.

Instagram has also temporarily removed its “Related Hashtags” feature in an effort to stop certain content from being spread.

The aforementioned groups will also be barred from running ads, selling products, or fundraising on Facebook and Instagram.

Facebook also outlined action it took prior to announcing its new guidelines.

“For militia organizations and those encouraging riots, including some who may identify as Antifa, we’ve initially removed over 980 groups, 520 Pages and 160 ads from Facebook,” the company added. “We’ve also restricted over 1,400 hashtags related to these groups and organizations on Instagram.”

But how successful Facebook’s updates will be remains to be seen. Facebook admits that its new policies are not intended to remove all content related to extremist movements, but merely limit their ability to organize.

“While we will allow people to post content that supports these movements and groups, so long as they do not otherwise violate our content policies, we will restrict their ability to organize on our platform,” Facebook said.

Facebook’s announcement follows similar crackdowns on QAnon from other social media platforms such as Twitter and TikTok.