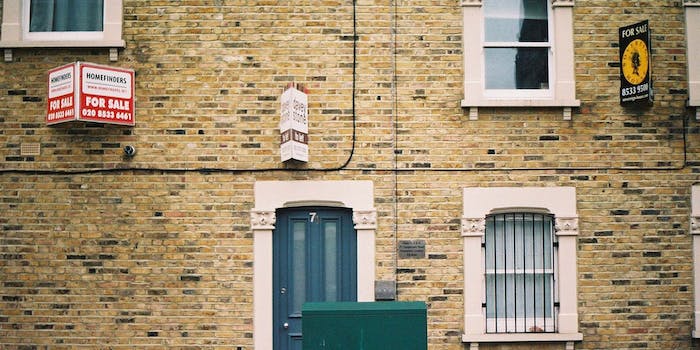 If you have ever tried to find a new place to live online, chances are you have used either Zillow or Trulia. The two real estate competitors will become a bit friendlier, as Zillow is set to be acquired by Trulia for $3.5 billion, creating the largest online real estate listing company in the world.

The acquisition will see both Zillow and Trulia operating as distinctive brands, but under the same umbrella. The deal came together quickly, as Zillow CEO Spencer Rascoff told The New York Times, he approached Trulia about six weeks ago.

“Both companies are coming at this from a lot of strength and momentum,” Rascoff said to The New York Times. “When we approached them, I think they were both very open-minded about it. We’ve been competitors and rivals for nine years, but I’ve always had respect for them.”

The online real estate listing market is extremely fragmented, with a number of players including, Zillow, Trulia, and its competitors like HomeFinder, Craigslist and local newspapers. The abundance of options make it nearly impossible to find a single site where all of the available homes in a specific area are viewable. This makes the online real estate market one of the few that markets that wouldn’t be hurt by some consolidation.

The acquisition won’t be a loss for Trulia shareholders, as the board requested an all-stock deal, which would benefit shareholders in the long run if the newly combined company does well. Stock-heavy acquisitions can backfire for shareholders, as was initially the case with the Facebook acquisition of Instagram. Though the companies agreed on a $1 billion price tag for Instagram, only $300 million of that was in cash. When Facebook’s stock crashed after its IPO, the deal closed with a price tag of $715 million.

Zillow expects the deal to close next year, and the newly combined company to save $100 million by 2016. Once the new company is finalized, Trulia CEO Pete Flint will continue to run Trulia, and will report to Zillow CEO Spencer Rascoff. Flint will join the Board of Directors of the combined company.