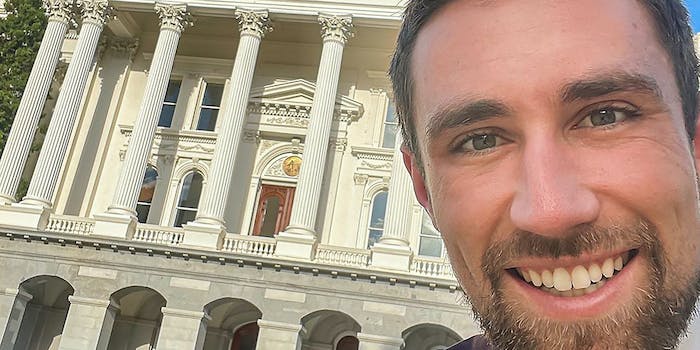 Paffrath has courted voters on both sides of the aisle.

A self-described centrist who says he voted for President Joe Biden, according to Business Insider, Paffrath has relentlessly attacked Newsom.

He’s particularly withering in his criticisms of Newsom’s COVID-19 measures, which in part fueled the successful movement to have a recall election. On his campaign website, Paffrath says, “Newsom failed us,” and blames these restrictions for bankrupting a third of the state’s restaurants.

If elected, he promises to first tackle issues associated with homelessness, schools, housing, and transportation, then move on to lowering taxes, preventing fires, ending the water shortage, fixing immigration issues, and more.

On a recent “ask me anything” on YouTube, someone asked him about guns. “I have a good TikTok on this,” he said, then talked about removing some restrictions on gun ownership in the state and accusing liberals of oversimplifying the issue.

Paffrath, a real estate investor, has leveraged his YouTube following and social media savvy in his campaign.

While social media may have given him the name recognition it takes to get elected, he resents being brushed off as “just a YouTuber.”

His standing in the poll indicates that Californians are taking Paffrath seriously.

The Democratic Party is urging voters not to select a backup candidate, and to simply vote against recalling Newsom, Paffrath is hoping that will change as the election nears.

The recall election will be held on Sept. 14. If more than half of voters choose to recall Newsom, the candidate with the largest share of votes will become the state’s next governor.

If elected, Paffrath would be the youngest governor in the state’s history.