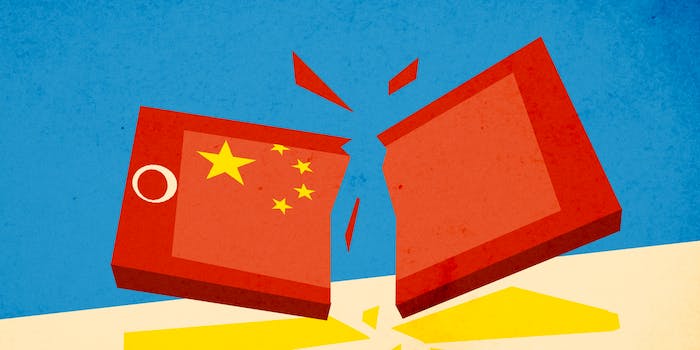 Why are Chinese citizens smashing iPhones in the street?

It's a complicated scenario.

There are plenty of reasons someone might smash an iPhone, but you’re first guess probably wouldn’t be patriotism. However, that’s the impetus behind a current wave of iPhone destruction currently sweeping China. It’s not just iPhones that are being targeted, it’s everything viewed as a symbol of America. So why are the Chinese people so mad at American symbols all of a sudden? It all comes down to some islands in the South China Sea.

For years China has been in a land dispute with Malaysia, Vietnam, and the Philippines over the 14 Spratly Islands and their surrounding waters. While the islands lack any real indigenous population their waters are rich with fish and geological resources. China claims it has historical ownership of the land, having signed a convention with France in 1887 that said they were the owner of the islands, but as time has passed and wars have been fought more claims on the islands have been made by surrounding governments.

Things came to a head last week when a international tribunal awarded some of the islands to the Philippines, against China’s will. Many Chinese citizens see this as an example of western overreach and they’re taking out their frustrations on things they view as symbols of America, like iPhones.

Chinese officials are trying to quell the unrest, running stories in the state-owned Xinhua newspaper explaining that while frustration in the ruling is understandable, there are healthy and more reasonable ways of expressing their pride in their country. Given America is the nation that birthed “Freedom Fries” we understand all too well what happens when frustration and patriotism collide. We just hope most of those phones were under warranty.