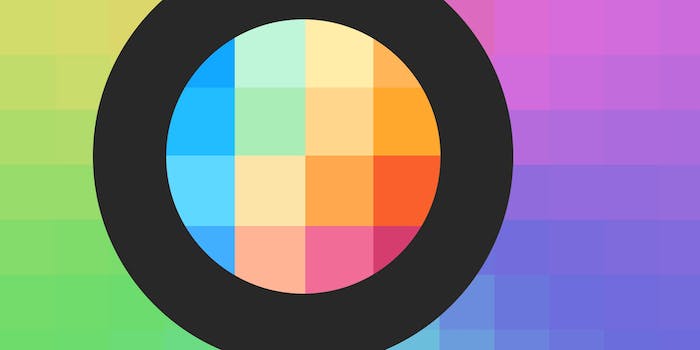 Everything you need to know about Facebook’s new messaging app, Slingshot

Get ready to sling.

Naturally, you have some questions. We have some answers.

This video should tell you everything you need to know:

I still have more questions.

Have you tried watching the video again? Did that help?

Is this just Snapchat?

Like Snapchat, Slingshot is an app for sending ephemeral messages—ones that disappear almost immediately after they are viewed by their recipients. Snapchat is essentially a visual messaging app where the messages self-destruct upon contact with the recipient’s smartphone screen, and Slingshot doesn’t allow for even a remotely passive experience. In order to view a picture or an up to 15-second long video sent over the service, the recipient has to first send out a picture or video of their own. Basically, you can only see mine if you show me yours, too. After you send yours, then you can see whatever mine is. Get it?

There’s also the ability to instantly respond to a sender’s message. Those responses can be viewed without having to send a corresponding picture or video to unlock them.

How does that work in practice?

It’s hard to tell how the forced participation element will play out over the long term; but, after playing with Singshot for a couple hours, the limitations make themselves known almost immediately.

There are a lot of moments in life when its okay to peek at a picture on your phone, but are not be particularly appropriate to snap a selfie. As a result, the responding with mundane, bored-looking selfies just to see what was sent your way quickly can quickly become a chore.

Even so, the overall goal of Slingshot may be different than that of Snapchat.

“We don’t see this as a messaging app… it’s more along lines of a feed or stream of content because of that pay-to-play mechanic,” Slingshot designer Joey Flynn told the Verge. “[Venture capitalist] Fred Wilson once said that the cardinal rule of social networks is that one percent of people create content and 90 percent of people consume it,” says Flynn. “And we want to flip that on its head.”

This whole thing sounds kind of familiar. Didn’t Facebook try to build its own version of Snapchat before?

Facebook’s first attempt at replicating Snapchat’s success came all the way back in 2012 with an application called Poke. Poke was more of direct Snapchat clone that came without any of its own functions or quirks. And people called it out for being a sad little copycat.

Poke never took off and Facebook CEO Mark Zuckerberg eventually called it a ?joke” that was developed during a hackathon, released to the public, and then essentially abandoned without a second thought—rather an important part of the company’s long-term strategy. The project was officially scrapped a few weeks ago, when Facebook pulled Poke from the various app marketplaces where it was being listed.

Just as a 2013 study declared Facebook ?dead and buried” among teens not particularly interested in a social network populated by parents sharing cheaply nostalgic Buzzfeed articles and arguing over whether or not Obama is a Hitler, young people’s use of Snapchat was skyrocketing. One study released in early 2014 found that 77 percent of college students use Snapchat on a daily basis.

For teens, not only is Facebook clogged with lame old people, but it also a place where everything posted lives forever and has the potential to come back to haunt them.

With young people seen as a leading indicator for where our digital lives are heading, capturing this market has some long-term benefits.

OK but why is Facebook really so obsessed with chasing Snapchat?

Last year, right when Snapchat was first starting to take off, Facebook offered cofounders Evan Spiegel and Bobby Murphy $3 billion to sell the company. Spiegel and Murphy, likely influenced by Facebook’s own decision not to sell and instead build something exciting on their own in its early days, turned it down.

Creative Labs—an initiative by the company to let small, relatively independent teams build new, standalone mobile apps—is part of a larger push by Facebook to focus on creating a constellation of different mobile applications, each serving a specific purpose rather than a single, unified app attempting to do everything. Facebook’s news reader app, Paper, also came out of the Creative Labs project.

It’s a strategy that’s being increasingly embraced by companies across the social media landscape. These firms that are coming to appreciate that consumers are increasingly comfortable with a fragmented social media experience. A recent study found that over half of adult Internet users in the United States are on four or more social networks and nearly one-quarter are active on at least seven.

How is Snapchat responding to all this?

Last year, Snapchat launched Stories, a feature that allowed users to link together pictures and videos posted during the trailing 24 hours into a single narrative. Within hours of Facebook’s Slingshot announcement, Snapchat came out with an announcement of its own: an update to Stories that would let multiple users in the same location collaboratively compile a single story stream. The Our Story feature seems largely aimed at getting people to use Snapchat at large-scale events like rallies and music festivals.


Are there any weird privacy concerns I should have?

ALERT: Slingshot does not warn you if you someone screenshots your pic (also FYI @gilbertjasono blackmail note coming ur way)

This seems familiar for another reason… wait, did it also rip off Vine?

Yes, it totally does! Singshot videos can loop endlessly like the ones on Vine. Unless you close the video. In that case, it’s gone forever.

I’m sold. Where do I get Slingshot?

Slingshot can be downloaded via the Google and Apple app stores.