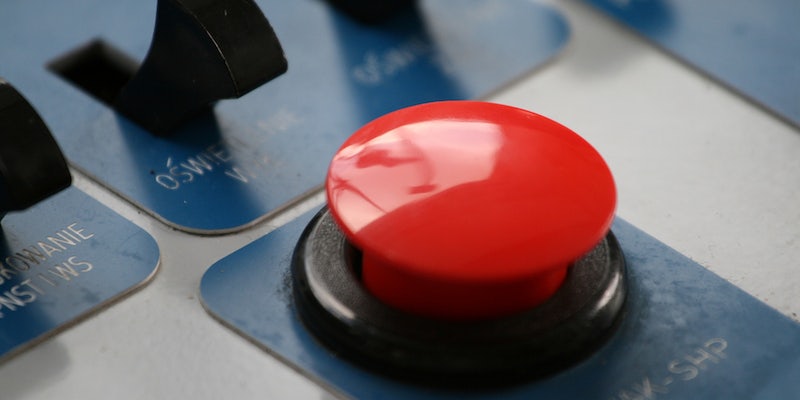 A master’s guide to understanding The Button

It is everything and nothing all at once.

Perhaps it is easier to explain The Button by explaining what it is not. The Button is not a thing that makes sense, nor is it a thing with any particular objective or rule set. It is not a game, and it is not a joke, but it is also not not-a-joke.

The Button (/r/thebutton) is a thoroughly Reddit phenomenon that arose out of the blue on April 1 2015, but unlike the rest of the April Fools’ oddities in the Internet’s vast trove, this one lingered around, a sort of mysterious Reddit-born Rorschach test.

What is the counter?

The counter you see is the whole shebang. It counts down from 60 seconds, presumably to zero, but it’s never approached zero.

Why hasn’t it reached zero?

In the entire two-week history of The Button, a Reddit user has always clicked The Button before the counter reached zero. When a user clicks, it resets to 60 seconds.

What is The Button counting down to?

Probably the singularity, but no one knows. The Button’s purpose remains a mystery, as does what happens when The Button hits zero.

You can only press the button one time (this policy and lifestyle are known as #YOPO). When you’re ready to press The Button, be sure you’re logged in and mentally prepared to do so. You will click to lock in your time. You press The Button much like you’d press a normal button.

Can I press the button?

Has The Button reached zero?

No. At the time of writing, The Button ticker has not reached below 26 seconds.

What do the colors mean?

On The Button subreddit, members are sorted into color-coded categories based on when they decided to press the button, a choice reflective of their relative worth as a human. These symbols are a type of Reddit flair that appears next to a user name. 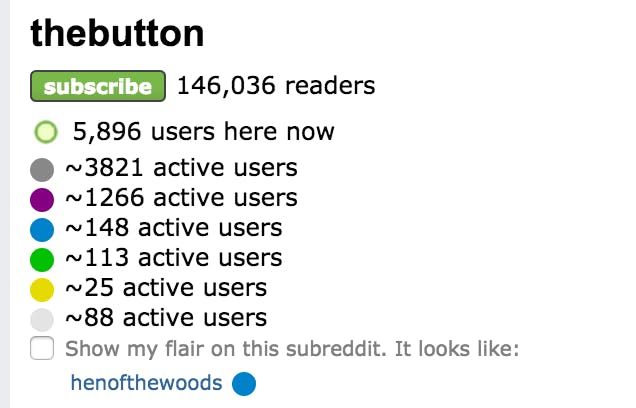 A gray dot indicates that the user has not yet pressed the button, while pressing between 59 and 52 seconds yields a purple button, pressing between 42 and 51 seconds yields a blue button and so on. There are many purple “Buttonists” but the other colors are considerably more rare—and some have yet to be unlocked. Some users have made efforts to organize around The Button in order to unlock these new color badges.

Do I have to press The Button?

We’re not the boss of you. In you’d like to abstain from The Button, you can find some solidarity in /r/NoTap, a subreddit “developed to help people in their non-pressing.”

I am obsessed with The Button. Can you help me?

No, we cannot help you. No one can. But you might want to join other enthusiasts, and you have your pick of factions. On /r/ChurchOfTheButton you can find many like-minded souls. The Button has given rise to many factions, including the Bluetherhood and the disciples of /r/Pressiah.

I want to press the button, but I don’t want to fuck it up.

Whatever you do, don’t get purple. Or do. It’s wholly inconsequential. Or maybe it isn’t. If you want to get serious about your Button cred, you’re going to want to study up. During off-peak times, arriving at a non-purple Button result is far easier. And lucky for you, people far crazier than you or I have already done a deep dive into the data of The Button. 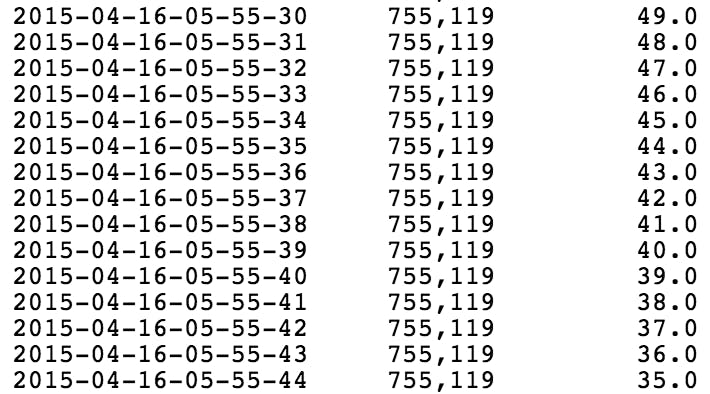 Good luck out there.

Is the button a joke?

Update 12:36pm CT, April 16: The original version of this story stated that the counter had not reached below 21 seconds when it fact it has never reached below 26 seconds.