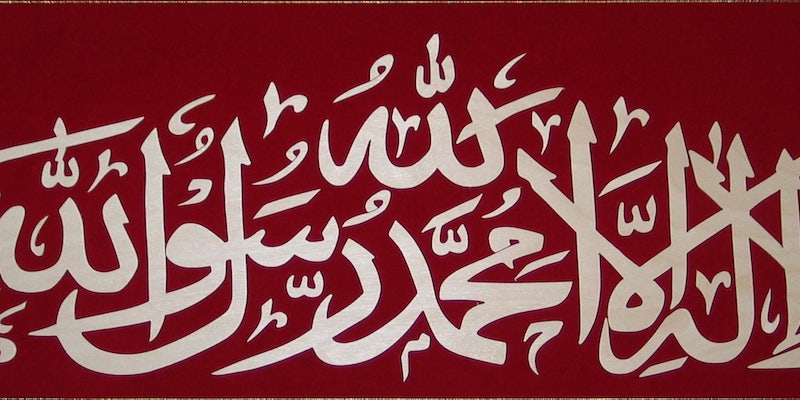 A flurry of angry emails caused over a dozen schools to shut down.

Following an angry backlash over a homework assignment concerning Islam, school officials in Virginia closed over a dozen schools as a safety precaution on Friday.

The reaction from some parents over an assignment at Rivershead High School in Augusta County led to increased police presence at local schools and a swell of national media attention. On Thursday, Superintendent Dr. Eric Bond announced that canceling class was necessary due to the nature of the emails flooding the school system. The Augusta County Sheriff’s Department agreed.

“Neither of these lessons, nor any other lessons in the world geography course, are an attempt at indoctrination to Islam.”

“The communications have significantly increased in volume today,” the school district said in a statement Thursday, “and based on concerns regarding the tone and content of those communications, Sheriff Fisher and Dr. Bond mutually decided schools and school offices will be closed on Friday, December 18, 2015.”

As part of their world geography curriculum, students at Riverheads High School are required to learn about the world’s major religions. But when teacher Cheryl LaPorte’s lesson material shifted from Christianity and Judaism to lessons about Islam, it unleashed a fury of angry phone calls and emails. Some of the parents reportedly accused LaPorte of trying to convert their children to Islam and demanded she lose her job. 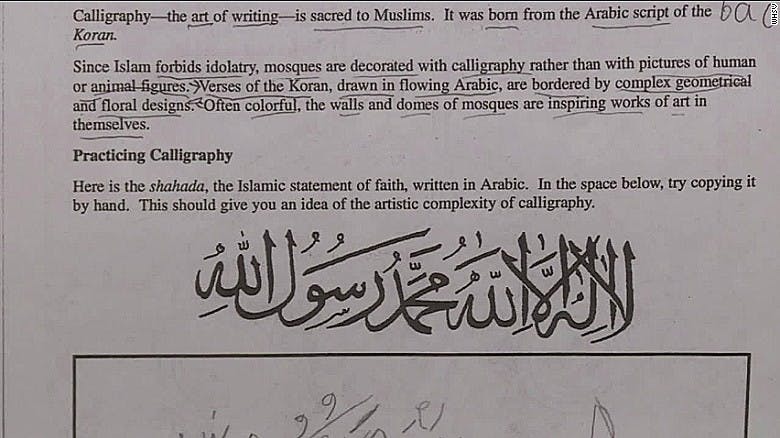 The assignment sheet at the center of the controversy depicts what’s known as the shahada, an Islamic profession of faith. Translated, it means simply, “There is no god but God, and Muhammad is the prophet of God.” The shahada is often written in Islamic calligraphy, a celebrated form of expression well-suited for a religion that generally regards figurative art as idolatry.

The lesson’s instructions read: “Here is the shahada, the Islamic statement of faith, written in Arabic. In the space below, try copying it by hand. This should give you an idea of the artistic complexity of calligraphy.”

According to LaPorte, the assignment came from a standard workbook. She told a local newspaper that her job was getting her students through their Standards of Learning exams.

This is an unfortunate event where the parents in Augusta County were more dramatic than their children. Sad, really.

God forbid your child learns that other beliefs exist in a WORLD GEOGRAPHY CLASS! #AugustaCounty #FragileFaith

Both the superintendent’s office and the Virginia Department of Education reviewed LaPorte’s material and found nothing wrong; both found it in line with state standards and said it in no way posed a threat to the students’ rights.

“Neither of these lessons, nor any other lessons in the world geography course, are an attempt at indoctrination to Islam or any other religion or a request for students to renounce their own faith or profess any belief,” Bond told local reporters.

Islam is currently the world’s fastest-growing religion, according to the Pew Research Center. By 2050, Muslims are expected to be as numerous as Christians, making up roughly 31 percent of the world’s population.