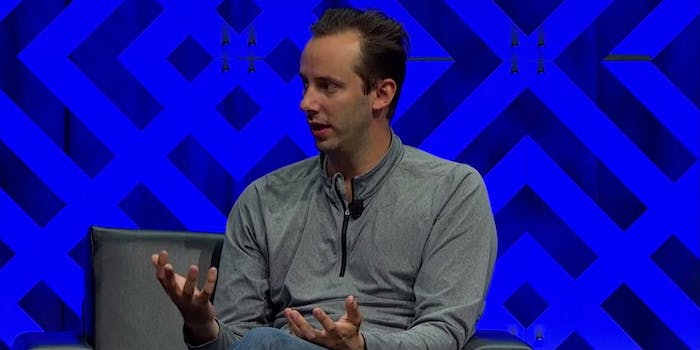 The vice president of technology was accused of stealing and giving trade secrets to Uber.

Uber just fired Anthony Levandowski, its vice president of technology, and head of the company’s self-driving program. The New York Times first reported the termination Tuesday, which it says was announced to employees through an internal email.

Levandowski is at the heart of an ongoing legal battle between Uber and Google’s self-driving car division Waymo. Waymo claims Levandowski, a former longtime Google employee, stole trade secrets from the company and gave them to Uber to assist with its self-driving efforts. Uber has repeatedly denied the allegations, but when asked to provide evidence to prove his innocence, Levandowski chose to plead the Fifth, and avoid self-incrimination.

Uber has been trying desperately to get Levandowski to cooperate, and has even warned him of the consequences for his lack of compliance.

“Over the last few months Uber has provided significant evidence to the court to demonstrate that our self-driving technology has been developed independently,” Angela Pedilla, Uber’s associate general council for employment and litigation, wrote in an email to employees. “Over that same period, Uber has urged Anthony to fully cooperate in helping the court get to the facts and ultimately to help prove our case.”

Eric Meyhofer will continue to lead Uber’s Advanced Technology Group, a role he took from Levandowski in April. Levandowski’s termination comes at a tumultuous time for the ride-hailing giant. A number of top executives have left the company in the past 12 months following a litany of controversy.

The company will release the findings of a three-month-long investigation into alleged sexual harassment in the workplace later this week.