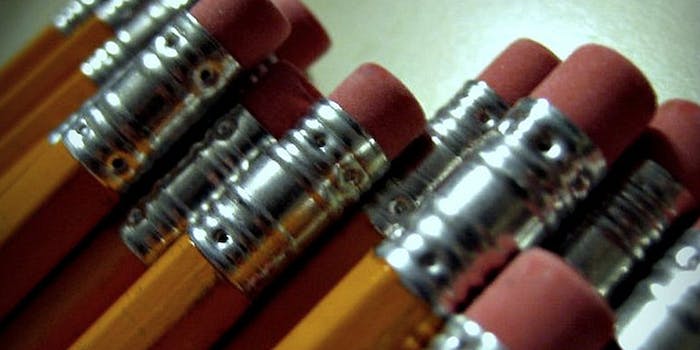 Forget about the photo-messaging wars for a moment. Over on The Desk, blogger Matthew Keys confirmed with three Twitter sources that the company is close to cracking a more significant problem for the platform: namely, the inability to modify a tweet after it’s been posted—whether that means fixing a harmless typo or retroactively inserting a word like “Unconfirmed” into a breaking news headline.

A tool for tweaking existing tweets has been in the works for months, Keys reported, and may still be months away, as it will rely on a sophisticated algorithm designed to place strict controls over how, when, and why a post is edited. The feature would have a time limit, the length of which has yet to be determined, and only allow you rewrite once (so on the second try, actually proofread what you’ve written, or you’ll have to delete and start fresh).

In case my server goes down: Here’s how Twitter’s “edit” feature is designed to work – pic.twitter.com/NIkZs1h7Pm

Twitter representatives are declining to officially comment on the news, as it’s far from certain the feature will see the light of day. Were it added, a few journalistic partners and verified accounts will be invited to try it first. The rationale here is in the interest of staunching the flow of misinformation—an unfounded rumor of a celebrity death, for example—with a sort of trickle-down editorial effect: when the original tweet is modified, the change is also reflected in the feeds of everyone who retweeted it. Manual retweets, meanwhile, would not be affected.

Because an edit could be forced upon other accounts, Twitter is put in the tricky position of having to police any shift in semantics. It’s one thing to simply retract a misleading or offensive article that’s been widely echoed, another to replace it with sponsored content and thereby hijack feeds for advertising purposes. In theory, Twitter’s algorithm would judge whether a user was trying to revise the intention of a tweet or its framing, and prohibit the former.

Even with that complex detection system, plus word and character limits built into the feature, we don’t expect social media’s top mischief makers to be long in finding loopholes to exploit. After all, “public” is just one letter away from “pubic.”