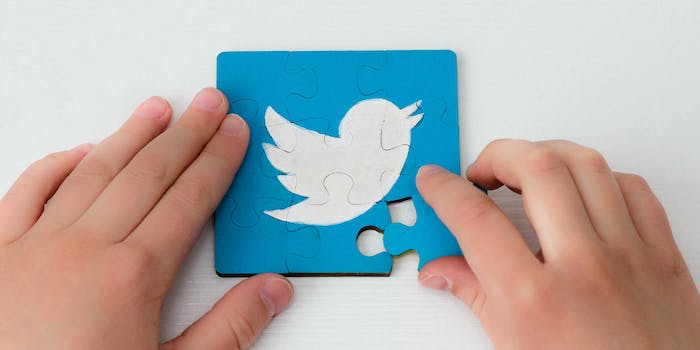 Here is everything wrong with Twitter’s 280-character rollout

Twitter officially doubled its character count to 280 yesterday and many users are already concerned that this fundamental change will have devastating effects.

The long-anticipated move is being heralded by those who felt the previous constraints were too restricting. But many others—perhaps even most users—are questioning why Twitter would make such a contentious change instead of focusing on larger issues its users are unanimous about.

The rollout comes as the company investigates Russian election meddling and continues searching for answers to abusive behavior that has blighted the site for years. Over the past few months, Twitter was forced to give users more visibility into its decision-making following a string of high-profile controversies.

The opposition also fears that the expanded character count will sacrifice the brevity of tweets and damage the efficiency of ingesting short bits of information while swiping through a timeline. That fear even spawned the creation of a Twitter character counter that prevents you from typing past 140 characters.

Twitter’s response to those concerns? The new limit won’t change anything because no one will use it. The company claimed in a blog post yesterday that its limited 280 character test showed only 5 percent of tweets were longer than 140 characters and only 2 percent were longer than 190.

So why change the limit at all? According to Twitter, to make tweeting so easy no one has to think before they post. Twitter admitted that a big reason for changing the character count is to dumb things down and reduce the time people spend editing while minimizing the number of abandoned posts. But people are already furious that it’s being abused.

Note to the Twitter users who are excited about the new 280 character limit: Don’t abuse it. Don’t make this Facebook.

What’s worse is the poor execution of a seemingly simple change. For whatever reason, Twitter changed its numerical character count to an orb that slowly fills up as you write, only showing the number of characters when there are 20 remaining. The infuriating icon makes it impossible to keep track of your character count and caused a lot of confusion during the rollout.

Here at Twitter we decided that an empty, unknowable orb was more user friendly than a letter count.

And this thing. Why did they remove the character countdown? pic.twitter.com/7wOI4h4LUL

More proof of Twitter’s incompetence is the lack of safeguards to ensure single tweets don’t dominate your timeline. An obvious solution is to limit the physical size of tweets by adding a floor. Again, Twitter failed to take even the simplest measure to ensure its new feature doesn’t get exploited by the endless network of trolls who roam the site.

Take, for example, this monstrosity.

I
Now
Have
280
Characters
So
Now
I’m
Gonna
Use
Every
Last
Character
To
Fill
This
Tweet
And
Make
It
Obnoxiously
Long
Just
So
I
Can
Annoy
The
Hell
Out
Of
You.
You
Can
Blame
Twitter
For
This
Act
Of
Evil.
…
Now
I’m
Just
Stalling
Because
I
Can’t
Think
Of
Anything
Else.
Don’t
Judge

Twitter may be right, people may end up not using more than 140 characters. But when trolls cover a user’s cry for help during a natural disaster in a blanket of 280 character posts, it will only have itself to blame for enabling them to do so.