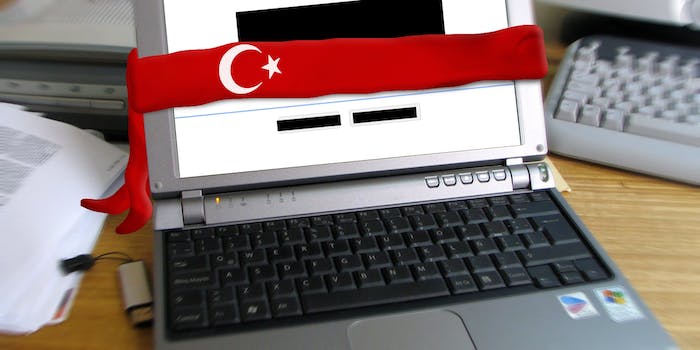 The move comes six days after the Turkish government blocked access to Twitter, following  Prime Minister Recep Tayyip Erdo?an’s clashes with an Internet-savvy populace. Twitter users have found multiple ways around the ban, and tweets from within Turkey, along with Tor usage, have surged.

According to the English-language Hurriyet Daily News, it’s the first time Turkey’s government telecommunications agency, the TIB, blocked a site without a court order.

Google, which owns YouTube, had reportedly recently refused Turkey’s requests to remove a video that includes a man who sounds like Erdo?an telling another man, possibly his son, to hide money from investigators.

Earlier on Thursday, at a high-level government meeting, reportedly discussing military intervention in Syria hit YouTube, the Turkish Foreign Ministry decried the leak as the work of a “network of treason.”

It’s still possible to access sites within Turkey through the a mirror for the free Tor browser, a service Turks have rapidly adopted.