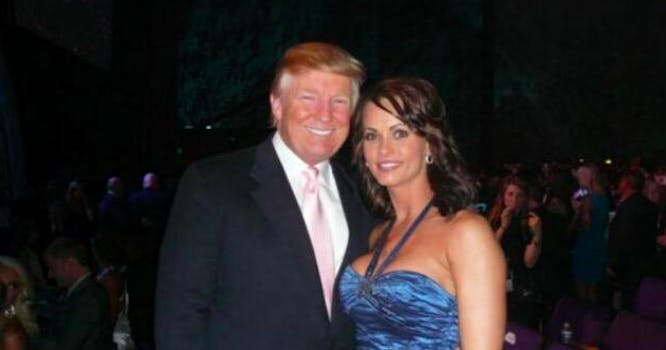 The investigation is looking into possible payouts that could violate election law.

In the wake of the raid on the office of President Donald Trump‘s personal lawyer, Michael Cohen, it was widely assumed authorities were seeking information on the $130,000 payout made to Stormy Daniels in the runup to the 2016 election.

That turned out to be true, but it wasn’t the only hush money payment being investigated. According to the New York Times, authorities also want answers on a deal Karen McDougal had with the National Enquirer.

McDougal has kept a lower profile than Daniels but was the subject of a New Yorker report that detailed how she sold her story to the National Enquirer before the election, a story the Enquirer—whose owner is close to Trump—chose to kill.

The search warrant was carried by the public corruption unit of the Manhattan federal attorney’s office, but the decision to raid Cohen’s office was signed off by Deputy Attorney General Rod Rosenstein, a Trump appointee who is overseeing the special counsel’s investigation into Trump after Attorney General Jeff Session recused himself.

This investigation is not tied directly to Mueller’s probe but did reportedly came from information unearthed by Mueller’s team.

Cohen’s raid wasn’t the only tact the federal government was taking as it investigates possible payouts that could violate election law. According to the Wall Street Journal, the FBI has asked the Trump Organization for any records involving payouts to Daniels.