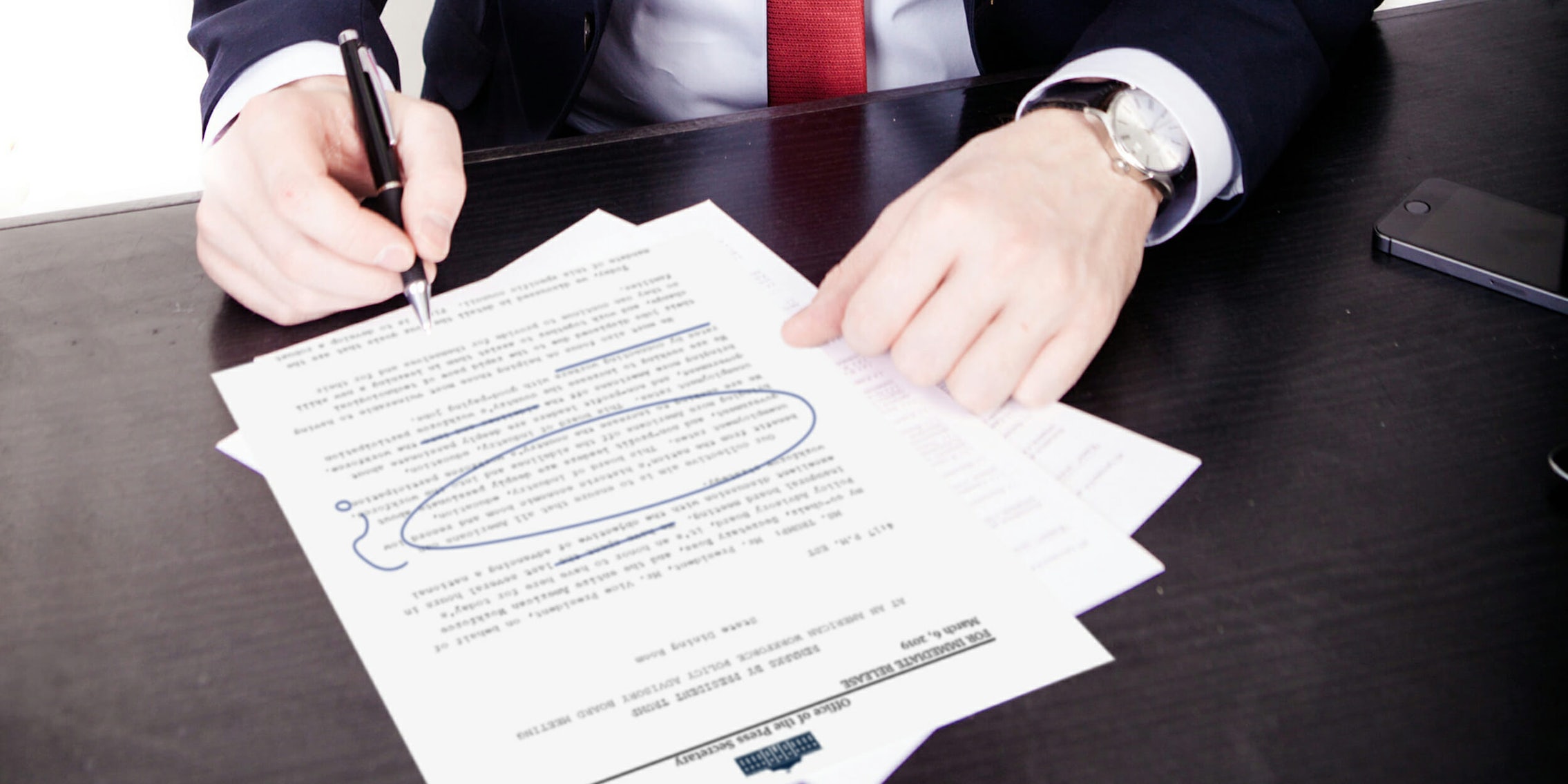 It happens more than you would think.

When President Donald Trump mistakenly referred to Apple CEO Tim Cook as “Tim Apple,” it was just the latest instance of him butchering the name of a well-known person. Before Cook, there was Lockheed Martin CEO Marillyn Hewson, who Trump called “Marillyn Lockheed;” National Security Advisor “Mike Bolton;” his wife “Melanie,” and non-existent locations like “Pleasure, California,” and “Nambia” in Africa.

Sometimes the White House and/or Trump just let these slips go, or tries to hide them by deleting them, which the internet never forgets, of course.

But other times, they move quickly to cover them up by claiming the mistake wasn’t a mistake at all. The White House did exactly that with “Tim Apple,” by tweaking the official transcript of the meeting to add an em-dash, claiming that Trump said “Tim – Apple.”

While it’s obvious from video of the slip that Trump was not referring to Cook and Apple as two separate nouns, when historians and record-keepers look back on the transcript it will look like there was never a mistake. It will have been covered up.

Unsurprisingly, the Trump administration has released stealthily edited transcripts of presidential meetings before.

In October, the White House put out a transcript that slightly, but significantly, tweaked Trump’s insult toward a reporter during a press conference. After not hearing her question, Trump told ABC News’ Cecilia Vega, “I know you’re not thinking, you never do.”

The transcript changed just one letter, turning “thinking” into “thanking,” which makes no sense, given that Vega had just thanked Trump for taking her question. The trick didn’t work, and the White House soon released a corrected transcript with the intact insult.

A few months earlier, the White House released a transcript of the president’s comments made at the Helsinki meeting, where he had met with Russian president Vladimir Putin in private, with only a translator present. This transcript changed far more than one letter, leaving out a reporter’s question and part of an answer from Putin that served as a tacit admittance that Russia meddled in the 2016 election.

The original and unedited video and transcript were later posted on the White House website.

The White House has corrected its transcript of the Trump-Putin press conference in Helsinki, following questions from @UriLF and others: https://t.co/FpLIT6tSX0

In January 2018, during the raging controversy over the president rolling back protections for undocumented children brought to the U.S., Trump appeared to contradict the orthodox Republican stance when he said that he’d “like to do that” in regards to comprehensive immigration reform. The official White House transcript of the meeting cut the sentence out of a longer Trump ramble about getting DACA legally renewed. That program was never renewed, but the transcript was eventually corrected.

In 2017, there was the White House’s subtle tweak of communications-director-for-ten-days Anthony Scaramucci’s North Korea-style praise of Trump. The Mooch extolled Trump’s unfettered physical and mental abilities, including his skill at sinking “three-foot putts” in golf. When the official transcript came out, 27 feet had been added to the president’s putting skill, making them “thirty-foot putts.”

The White House has always been quick to blame these changes on technical errors or inadvertent glitches. And they’ve always been corrected, at least the ones before “Tim – Apple” have been.

But it isn’t inherently a Trumpian tactic. Other presidents have subtly tweaked transcripts of their remarks.

In 2014, President Barack Obama’s White House was caught tweaking remarks by him at a fundraiser in Chicago, where he spoke of having to vacate his Chicago house so quickly that there was still mail piled up on his desk – including a reference to unpaid bills, which was originally left out as “inaudible.”

Then there were the most famous edited transcripts in history—Richard Nixon’s copiously edited readouts of his secret tapes, released in May 1974, and meant to prove to Congress and the nation that Nixon had no role in the cover-up of the Watergate burglary.

Even at the time, with the worst of the tapes still unknown, the New York Times referred to them as “only a fraction” of Nixon’s conversations and “inadequate,” full of deletions and omissions. In particular, the edited transcripts left out almost every discussion about Watergate held in the Oval Office.

The House Judiciary Committee, which had subpoenaed Nixon’s entire tape library, rejected the edited transcripts, and Nixon was forced to release the unaltered tapes—one of which was the famous “smoking gun” that caught him ordering the Watergate investigation be obstructed.

Certainly, nothing in any of the Trump administration’s edited transcripts rises to that level, with most edited simply to make the president look good.

But all are examples of a political machine that habitually lies, about almost everything, no matter its importance, and only corrects those lies when they’re publicly called out.