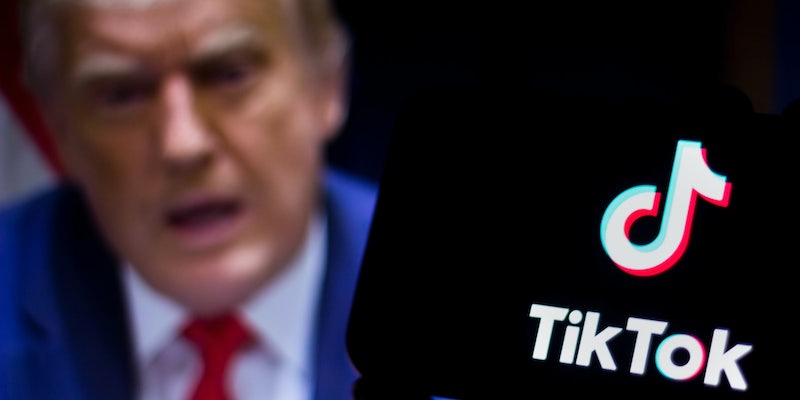 TikTok asks judge to halt Trump’s ban of the app

The injunction notes Trump was embarrassed after the Tulsa rally stunt.

TikTok on Wednesday filed a request for an injunction in federal court to halt President Donald Trump’s looming ban on the app.

Trump signed an executive order in August that would effectively ban the app in the U.S. and kickstarted an effort to sell the operations of the wildly popular app to an American company.

The order cites data privacy concerns because TikTok is owned by China-based company ByteDance. The Chinese government can force tech companies to hand over user data, leading to concerns that TikTok could be made to. TikTok has vehemently defended this criticism, saying U.S. user data is stored within the country.

Since then, Oracle and Walmart agreed to a deal with ByteDance, the Chinese company that owns TikTok, that would see the creation of a new company, TikTok Global, to oversee operations in the U.S. The deal still needs to be approved by the government.

TikTok was set to undergo a download ban earlier this week, but that deadline was pushed by the Commerce Department with the news of the pending deal with Oracle and Walmart. The new deadline for a download ban is now this weekend.

The Commerce Department also set a second deadline, Nov. 12, that would effectively stop TikTok from functioning in the U.S.

On Wednesday, TikTok filed a request for a preliminary injunction, asking the U.S. District Court for the District of Columbia to halt the looming ban.

“As explained herein, Plaintiffs have made extraordinary efforts to try to satisfy the government’s ever-shifting demands and purported national security concerns, including through changes in the ownership and structure of their business, and they are continuing to do so,” the request reads. “However, because the Prohibitions and the August 6 order dramatically exceed the agency’s and the President’s lawful power as authorized by Congress and permitted by the U.S. Constitution, they should be enjoined.”

The request also notes that Trump “began targeting” TikTok shortly after TikTok users claimed to artificially inflate the number of reservations for Trump’s rally in Tulsa, Oklahoma. It also notes that before signing his ban executive order, Trump was campaigning against TikTok in a series of ads.