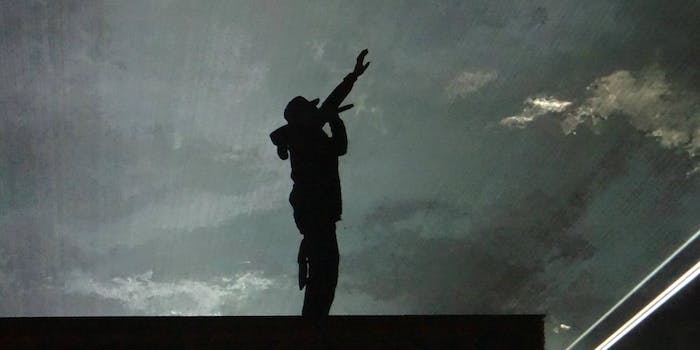 But will anyone notice?

Tidal, the Jay Z-helmed premium music streaming service you already forgot about, is still around and gaining steam. Well, at the very least, it’s gaining features.

The company announced on Wednesday that it would be rolling out an updated design, adding beta applications for desktop, offering concert tickets, and offering a discounted, student-targeted price point.

Available for Mac and PC, the desktop applications became available to download Wednesday. The program requires users to be running Windows 7 and later or OS X 10.6 and later. As the beta precursor suggests, the desktop player is not a finished product. Its layout is nearly identical to the current Web application, though it brings new abilities like detection and support for different audio sources like Mac Airplay and Digital Audio Converters. Some expected features like offline playback are absent on desktop but are expected to be added in the future.

On mobile, the user interface redesign makes offline play more prominent by adding a sizable “offline mode” button to the proceedings. The search function has also been revamped, as has the menu and icons. New personalization options have also been added.

New to Tidal is the ability to purchase tickets for shows through the service. Powered by Ticketmaster, the feature will show users tour dates for their favorite artists and allow them to snag tickets to upcoming shows. Tidal subscribers will also have access to exclusive ticket giveaways, pre-orders, and discounts for events.

In the coming weeks, Tidal will also introduce a new pricing tier to its service, geared toward students. A 50 percent discount will be offered to the dorm-bound listeners, making the premium subscription $4.99 and the touted lossless HiFi membership $9.99. Spotify offers a similar discount to students for the paid version of its service.

Tidal continues to position itself in a way that plays to its strengths, making the most of its access to major artists. In addition to today’s announcement of new features, the company also added Lil Wayne to its roster of talent. The rapper released an exclusive track on the streaming platform.