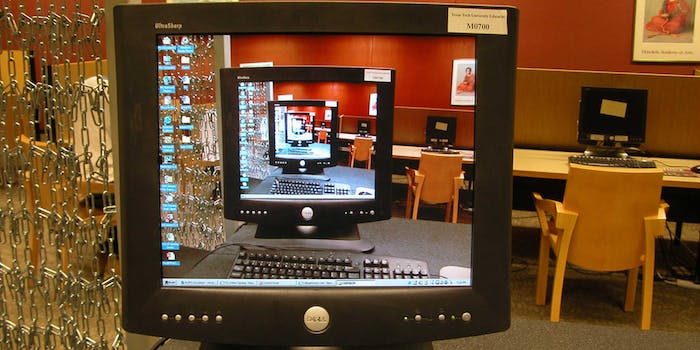 Everyone hates learning new things and it’s ruining the Internet

Most people won’t remember this, but Facebook had a huge redesign planned for its News Feed last year. It was swiftly reduced to the smaller update everyone received back in March. Also getting a new look is Twitter, which went through with its redesign this month; it will be rolled out to every user today, May 28.

As has been pointed out by many, the new Twitter profiles closely resemble Facebook. This is not by chance; this is by design. With many claiming that Twitter is entering its twilight as a service, it had to make a drastic change. But is it so drastic if it looks so much like its most able competitor? Really, why such a Facebook-esque redesign?

We have ourselves to thank for that.

There’s a reason Google+, Facebook, and Twitter look nearly identical, and it’s not because they enjoy imitating each other. We’ve reached the point—thanks to our notoriously short attention spans and digital services that are “good enough”—where Internet users refuse to learn anything new. Facebook tried to reinvent its News Feed, and as it goes with any changes Facebook tries to implement, there was a backlash from users. And Twitter’s own growth has been hampered by a learning curve; as cofounder and former CEO Ev Williams put it back in 2010: “Twitter is too hard to use.”

Is it though? Truly, it takes maybe an hour to understand the majority of the service, but even that is too arduous for most Internet users these days. The biggest evolution in news distribution since cable TV has been impeded not by a lack of interest, but by an unwillingness to spend a few minutes learning something new.

Twitter is one of the most useful and important tools ever created by Silicon Valley. It’s been used to topple governments (and politicians), to shed light on unnoticed atrocities, and has quickly replaced Reddit as the front page of the Internet. But most people don’t know that. Most people aren’t aware of the impact Twitter has had on our society. Most people are too enamored with doodling on disappearing photos to realize that spending a few minutes of their time to familiarize themselves with something new could broaden their outlook on the world.

That is why all successful social networks look the same, and why those that attempt to reinvent themselves or stand out, like the new Myspace, have little to no chance of succeeding. It’s why Apple rolls out new features on the iPhone at an annoyingly slow pace.

We have forced technology companies like Facebook, Twitter, and Apple to effectively halt many innovative ideas they would like to implement in their products. These ideas, which may take a few moments of our time to learn, have been stemmed for fear of denunciation—not of the actual product, but of the concept that the company would have the gall to expect its users to learn something new.

We’ve reached a point where new features our favorite platforms roll out are just watered-down versions of what could have been; massively simplified from the innovative ideas they started as—the lame descendent of an initial concept that could have been revolutionary.

We either don’t have time to learn new things (though, we actually do), or we’ve just become indifferent to anything that takes more than five minutes of our time to understand. In fact, you won’t even finish this piece, in all likelihood. But you will share it, so thank you for that. I would write about how we could change the status quo and better ourselves by spending more time learning about new topics and rebuilding our desire to acquire knowledge, but if you have read this far, I’m preaching to the choir. To those who have lasted this long, thank you for not letting yourselves turn into the human edition of Snapchat.

So today when you log in to Twitter and see your new profile, if the “newness” is just all too much for you (and it shouldn’t be, it looks just like Facebook) and your head is swimming with all of the differences, your eyes straining to comprehend what it is you see before you… just take one moment. Step back, just a tiny bit, look a little harder, and give it all a second to sink in. There you go. Was that so bad?