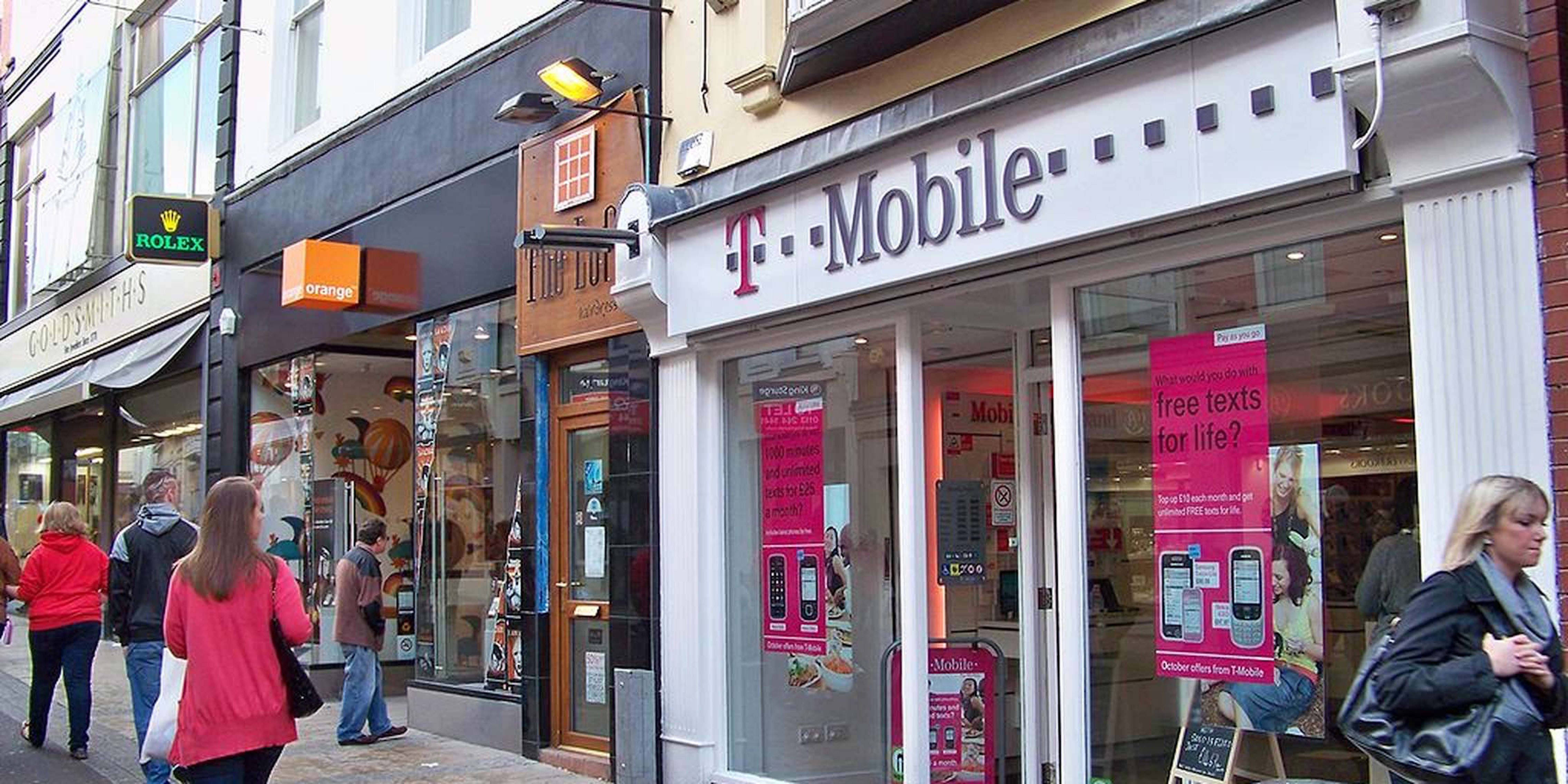 T-Mobile’s Music Freedom promotion is an amazing deal, but it's terrible for the Internet.

Thus far, the debate over net neutrality has largely been limited to residential broadband service. However, a recent offer by wireless carrier T-Mobile renders in stark relief what a post-net neutrality world would look like.

T-Mobile’s Music Freedom promotion has the wireless carrier exempting all data use incurred from listening to music from streaming sites Pandora, Spotify, iTunes Radio, iHeart Radio, Rhapsody, and Milk Music from counting against users’ monthly data caps. T-Mobile doesn’t have every streaming service in existence exempted, but the the company is letting its customers vote on which should be added to the list.

This offer is par for the course for T-Mobile, a company that’s made waves with a number of consumer-friendly moves in recent months in an attempt to gain market share against larger rivals like AT&T and Verizon. Over the past year, T-Mobile has offered to pay the contract termination fees of customers who switch from other carriers, gotten rid of contracts, and turned on free global roaming. The company’s CEO John Legere also said, at a public event no less, that the two largest wireless carriers in the U.S. are “high and might duopolists that are raping you for every penny you…The f***ers hate you.”

It’s safe to say that T-Mobile current strategy is to get your attention and that they’re probably succeeding.

On its face, the Music Freedom program is compelling and, in the context of other cell phones companies, not outwardly evil. By giving a wide variety of streaming options and letting users decide which streaming services to add to the list, T-Mobile isn’t picking winners and losers nearly as much as it could be—especially when you consider that the company is in the process of launching unRadio, its own music-streaming service. Not only that, but T-Mobile isn’t charging the streaming services for unrestricted access to customers.

Even so, the move has drawn the ire of open Internet crusaders who believe that by giving  preference to certain types of online content, T-Mobile is staring down a slippery slope that’s ultimately bad for both consumers and the Internet as a whole.

Wood argues that offers like T-Mobile’s call into question the entire reasoning behind Internet service providers (ISP) having data caps in the first place.

?Providers always say they need these caps to manage the amount of traffic on their networks,” he said. ?But if exempting so many data-heavy applications from caps is such a great business decision and won’t have a major impact on congestion, is there even a reason to have data caps at all other than as an excuse to extract money from consumers?”

Representatives from T-Mobile did not respond to a request for comment.

T-Mobile may not be charging the streaming services in its Music Freedom program now, but that could potentially change in the future. If the offer catches on, other wireless carriers could easily create their own versions of the program that do require big payments from content providers—effectively giving a major leg-up to deep-pocketed players that can afford to pay while shutting out less well-funded upstarts.

Not only would all of those things be legal under the new set of net neutrality rules proposed by the FCC, but they were actually already legal under the old set of rules that were struck down by a federal judge earlier this year.

The 2010 FCC regulations that initially imposed net neutrality applied to both broadband and wireless service, although the rules about wireless carriers’ ability to discriminate based on content were considerably looser. Wireless providers were prohibited from blocking any specific websites but were allowed to block certain applications as long as those blocks were aimed at managing congestion on their networks rather than stifling products in competition with their own.

Even so, a handful of wireless companies managed to get themselves in hot water for running afoul of net neutrality.

In 2009, Verizon pressured Google to remove third-party tethering applications from its app marketplace. At the same time, Verizon, , which had agreed to temporarily adhere to its own stronger set of non-discrimination rules in exchange for the FCC allowing it to gobble up a large chunk of the public radio spectrum, simultaneously required its customers to pay extra for its Mobile Broadband Connect service if they wanted to turn their phones into mobile hotspots to connected devices like laptops. The FCC cracked down and Verizon eventually agreed to pay a $1.25 million settlement to make the whole matter go away.

Another case arose in 2012, when AT&T blocked Apple’s FaceTime video chat program for customers who didn’t also sign up for unlimited voice service and text messages. AT&T initially insisted this policy was aimed at managing traffic on its network by limiting the number of users who could use Apple’s data-heavy app; critics claimed, however, that AT&T feared its customers would use FaceTime to make calls, thereby reducing demand for voice minutes. AT&T eventually backed off after a coalition of open Internet advocacy groups kicked up a major fuss.

T-Mobile isn’t the first wireless carrier to offer certain content providers all-you-can-eat data access to consumers. In January, AT&T rolled out a ?Sponsored Data” program, which gives customers on its 4G network unfettered access to certain websites and applications without having the data they use doing so counted against their monthly data caps.

AT&T customers don’t have to pay for sponsored data because AT&T collects revenue for the program on the back end. AT&T’s goal is to have content providers to pay them a fee to give consumers an extra incentive to use their services.

Sponsored Data immediately raised the hackles of consumer advocates, who worried that giving AT&T the ability to give certain companies a leg up by paying a fee could put smaller competitors at a disadvantage.

“If [Sponsored Data] interferes with the operation of the Internet, if it develops into an anti-competitive practice, if it does have some kind of preferential treatment given somewhere, then that is cause for us to intervene,” FCC Chairman Tom Wheeler told an audience at the Consumer Electronics Show in Las Vegas.

Wheeler, a former telecom lobbyist, never found the program sufficiently anti-competitive to merit intervention. In the days after Amazon announced that its new Fire smartphone would be exclusive to AT&T, there’s been some speculation that the e-commerce giant would become the first major customer to take advantage of Sponsored Data program and give Fire users free access to its own recently launched music-streaming service.

In an interview with Re/code, Amazon CEO Jeff Bezos said using AT&T’s sponsored data is ?something we would look at in the future” if customers were expressed sufficient interest.

In recent months, there’s been a concerted push by content providers and open Internet advocates to not only prevent residential broadband networks from losing their net neutrality protections but to extend those protections into the wireless realm.

In a letter sent to the FCC earlier this year, a coalition of tech heavyweights that included  Facebook, Amazon, and Twitter urged the commission to apply net neutrality universally:

Instead of permitting individualized bargaining and discrimination, the Commission’s rules should protect users and Internet companies on both fixed and mobile platforms against blocking, discrimination, and paid prioritization, and should make the market for Internet services more transparent. The rules should provide certainty to all market participants and keep the costs of regulation low.

According a recent Reuters report, the FCC has begun soliciting comments on how net neutrality should be specifically applied to mobile as the commission works to come up with a finalized version of the open Internet rules that were struck down in court earlier this year.

At the same time, the wireless industry has mounted a campaign of its own to convince regulators that a hands-off approach is the best way to let the industry flourish.

?The FCC already acknowledged the unique nature of wireless, specifically the technical and operational challenges our industry faces, including the need to … actively manage networks to provide high quality service to a customer base that is constantly on the go,” Meredith Attwell Baker, the chief lobbyist for the wireless industry and former FCC commissioner, told Reuters.

Baker’s positions at both the FCC and as the CEO of CITA, the wireless industry’s most prominent trade group, isn’t particularly unusual. By one estimate, a full 80 percent of FCC commissioners have gone to work in the telecom industry they once regulated after finishing their stint in government service. Prior to taking the helm at the FCC, the commission’s current chairman Tom Wheeler held Baker’s position at CITA.

As smartphones become increasingly ubiquitous in the U.S., the division between the traditional wired Internet and the one experienced by mobile users has begun to blur.

A 2013 study of cellphone use by the Pew Internet and American Life Project reported that more than one-third of American Internet users access the Web primarily through their cellphones. This demographic is one that’s younger, less educated, less affluent, and considerably more Black and Hispanic then the population as a whole.

For people who can’t afford to have both a computer and a cellphone, a smartphone is often a good compromise that allows them to simultaneous have the functionality of both devices—albeit with some significant limitations.

The issue of an ISP allowing a certain companies’ services to skirt data caps isn’t limited to wireless providers.

In the late 2000s, Comcast imposed a data cap for its residential users. A few years later, it announced a partnership with Microsoft’s Xbox where Comcast customers who streamed content through Comcast’s Xfinity Xbox app wouldn’t would be exempted from having they used applied toward their cap.

The move sparked an outcry and, while Comcast fought for a while, the company eventually did away with data caps altogether. A Comcast executive recently told investors earlier this year that data caps will likely be returning for all customers within five years.

If T-Mobile’s free access to streaming services proves successful, and true net neutrality stays dead, it’s likely to become a model for all Internet providers—not just ones sending data to the tiny screens in our pockets.