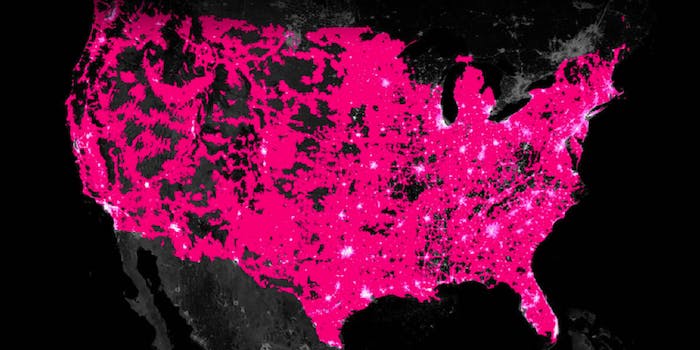 T-Mobile hack: Here’s what you need to know

No passwords or social security numbers were compromised.

Another day, another hack, as an unfortunate 2018 trend continues. Late Thursday evening, it came to light that a T-Mobile hack compromised the personal information of about 2 million customers.

T-Mobile detailed what happened in an announcement on its website Thursday. The message appears to be what has been sent to affected customers—if you’re a T-Mobile customer and have not yet received this message, there’s a good chance your data is not among the accounts affected. (The breach only affected roughly 3% of the company’s 77 million subscribers.)

“On August 20, our cyber-security team discovered and shut down an unauthorized access to certain information, including yours, and we promptly reported it to authorities,” T-Mobile’s note reads. “None of your financial data (including credit card information) or social security numbers were involved, and no passwords were compromised.”

Information that was affected includes customer name, billing zip code, and phone number, as well as email address, account number, and account type—whether it was postpaid or prepaid. The minimal impact of the T-Mobile hack is largely due to its security personnel detecting the breach the same day it happened. Because of this, a T-Mobile spokesperson told Motherboard the company shut down the intrusion very quickly.

T-Mobile customers looking for more information can contact Customer Care by dialing 611 on their handset, using two-way messaging on the T-Mobile website or app, or using iMessage with Apple Business Chat.

This T-Mobile hack is the latest in a string of high profile data breaches duringthe past year. Last September, more than 148 million Americans were affected by a serious Equifax data breach. Equifax had ignored earlier warnings from security researchers that its systems were vulnerable. Earlier this month, Reddit was also subject to a data breach primarily affecting the data of early Reddit users. The Timehop app, Imgur, and even Homeland Security were also affected by hacks in recent months.