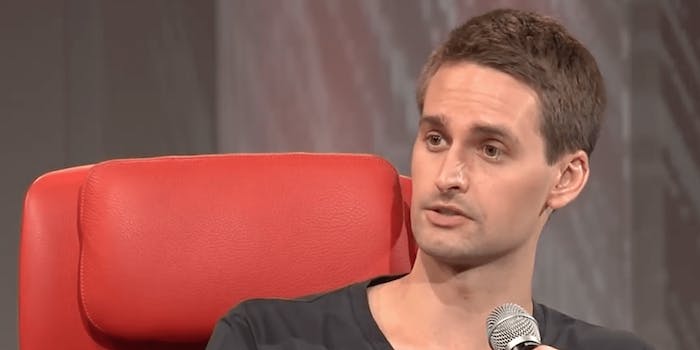 Many of Facebook‘s competitors are exposing the company’s alleged hard-ball tactics to Federal Trade Commission investigators in relation to the antitrust investigation into the social network’s business practices, per a Wall Street Journal report.

Snap Inc., Snapchat’s parent company, has kept a dossier — codenamed “Project Voldemort” — on Facebook’s actions that focused on halting Snapchat’s success. The name, of course, references the fictional villain in the Harry Potter children’s book series. The documents illustrated both Facebook and Facebook-owned Instagram undercutting Snap’s progress by bullying Snap to accept an offer or risk being chopped down by whatever means were at Facebook’s disposal.

Per the new report, the FTC also expressed specific interest in Facebook’s growth model. The commission contacted numerous tech executives and app developers for the investigation, including speaking to executives from now-defunct startups who lost access to Facebook’s platform, and also founders who sold their companies to Facebook. Earlier this month, the House Judiciary Committee asked Facebook executives for information regarding their decision-making on acquiring messaging platform WhatsApp, which it purchased in 2014 for an estimated $19 billion.

Also under the FTC scope is Facebook’s use of now-defunct Onavo, an Israeli-founded mobile-analytics startup, that promised data safety. However, the company redirected traffic to Facebook’s servers, which logged user actions, including valuable usage data. According to former Facebook employees, the Onavo data was often used internally to inform the company on its competitors and was specifically used to support its WhatsApp acquisition.

The FTC penalized Facebook in June with a record $5 billion fine for misleading users regarding control and privacy over personal data. The company was also ordered to create a privacy committee and undergo further changes to enhance its accountability and give users more transparency.